A 105-year-old electric car was restored in Japan on this day, Electric Car Day

Electric cars are all the rage today, but are by no means a new phenomenon. Electric Car Day in Japan was started by Yuasa, the Kyoto-based battery company. In the US, you might be familiar with Yuasa batteries if you own a motorcycle. Yuasa was founded 105 years ago, in 1917, when founder Genzo Shimazu developed the first lead-acid batteries in Japan. According to the company, during the Meiji Era (1868–1912) cars powered by electricity were the most popular type in Japan, outnumbering all other types of propulsion. 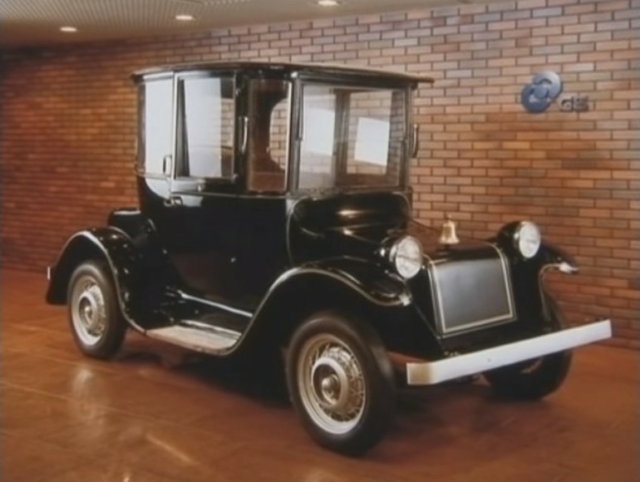 Shimazu was something of an early EV advocate. He imported two Detroit Electric Broughams from the US, equipped them with his own Yuasa batteries, and drove them around town as company cars and as a showcase for battery technology.

The cars weighted about 3,500 pounds and had a top speed of about 37 mph. The car could travel about 25 miles on a single charge of its 84-volt batteries. Because of their distinctive shape, the Detroits were called “Shimazu-san’s top hat” by townspeople. Shimazu used them for about 30 years, until his retirement in 1946, and the cars were put into storage for 35 years.

After Yuasa completed its new headquarters building in 1981, it was brought out of the warehouse, cleaned up, and displayed in the lobby. It sat there for another few decades until the late 2000s. With a new age of EVs on the horizon, the company decided to bring it back to running condition. But, by then the cars were 90 years old and no employees knew how to restore it. 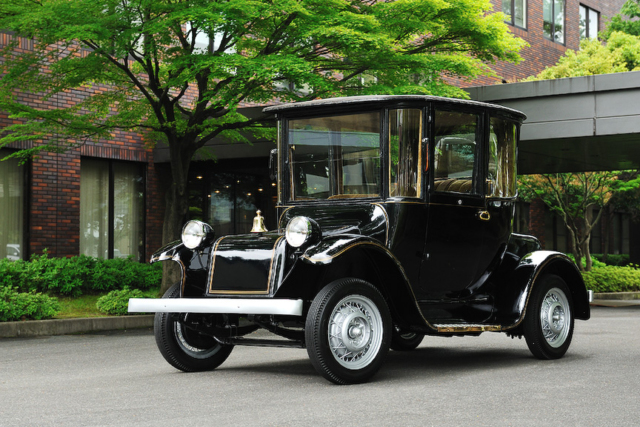 Word of the project got to a veteran engineer, who remembered a business partner at Kyoei Nichiyu, a maker of electric forklifts. They reached out to him and he was confident that it could be restored. In fact, he had seen the car in the lobby many times and had always wanted to undertake the project. A partnership was formed, and restoration began.

The entire vehicle needed work. The staff was surprised after disassembling it to discover a wooden frame and a roof made of paper coated with persimmon tannin. The body had to be reinforced due to distortion and sagging. Some bits, like the bumpers, and wheels, had to be replaced entirely.

Often, replacement parts like tire tubes were difficult to match because they were in English sizes rather than metric. Numerous parts, like leaf springs and bearings, had to be delicately welded or restored. The staff also decided to convert the power source to a modern lithium-ion 24-volt battery. The project took about nine months in total.

Finally, on May 20, 2009, the running Detroit was brought back to Yuasa headquarters. The president took the keys and drove it around company grounds for the first time in 64 years. Even Shimazu’s grandson, who remembered riding in it as a boy and was now a senior citizen, paid the car a visit. It was a tremendous undertaking, which is why Yuasa decided to commemorate this day. It registered the date to make it, officially, Electric Car Day in Japan.

3 Responses to A 105-year-old electric car was restored in Japan on this day, Electric Car Day