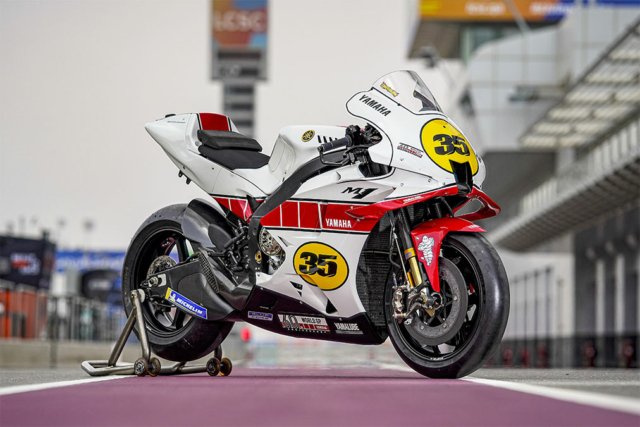 Yamaha’s 2021 MotoGP race bike has debuted with a throwback livery that pays tribute to 60 years of Grand Prix competition. The YZR-M1 is finished in a white with red chain block stripe that can be traced back to some of the company’s earliest race bikes, and it looks absolutely beautiful. 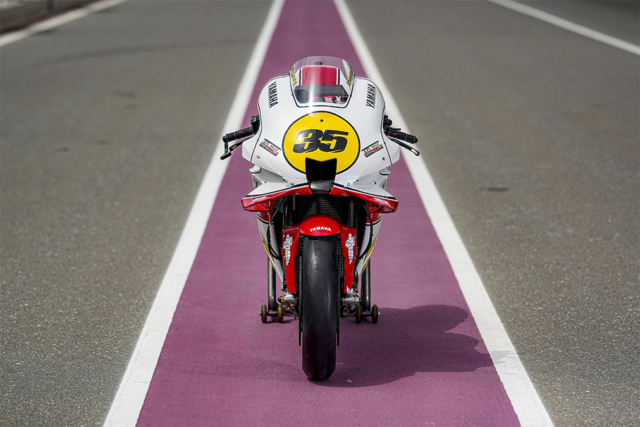 Yamaha entered what was then called the Road Racing World Championship Grand Prix (now named MotoGP), the highest echelon of motorcycle racing, in May 1961. Two years later, in 1963, Fumio Ito delivered Yamaha’s first GP win at in the Belgian Grand Prix on an RD56 race bike in the 250cc class. 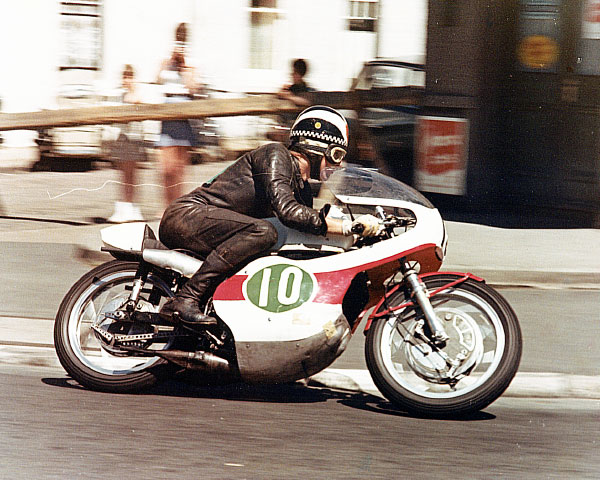 In 1964, Phil Read helped Yamaha nab its first Rider and Manufacturer titles in the 250cc class, despite fielding a two-stroke machine in a grid of predominantly four-strokes. Honda even campaigned 6-cylinder raee That year, Yamaha introduced its solid red stripe over white livery, a nod to the colors of Japan’s flag (and its official national motorsports colors). It became a Yamaha staple for many years to come. 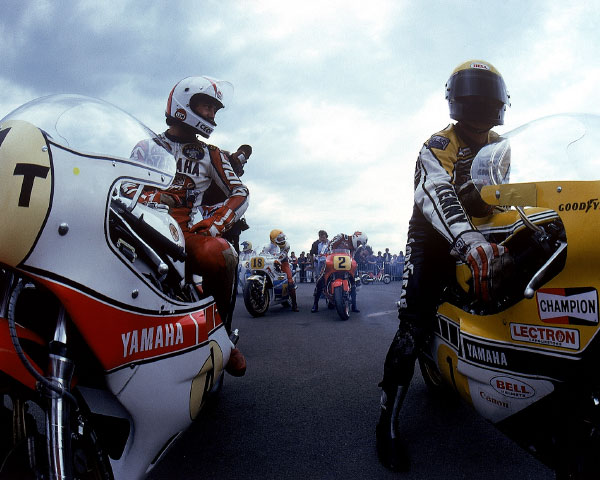 Americans may be more familiar with Yamaha’s yellow with black chain block stripe livery. It was popularized by legendary rider Kenny Roberts and other Yamaha USA team members. Followers of MotoGP may even recall that in 2015 Yamaha rider Katsuyuki Nakasuga donned this exact livery on his bike to mark the 60th anniversary of Yamaha as a company. The livery has also been used on a number of special edition bikes throughout the years.

In 1978, Yamaha combined the liveries by adopting the yellow and black’s pattern to the classic white and red colorway. They used this livery on and off for special occasions even into the 2000s. 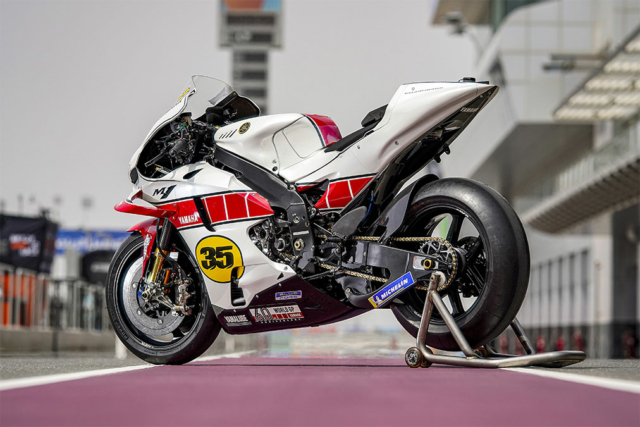 Over the decades, Yamaha has won 511 GP races, giving them 38 Rider Championships and 37 Manufacturer Championships. Hopefully they will add to that total this year, and look good doing it.