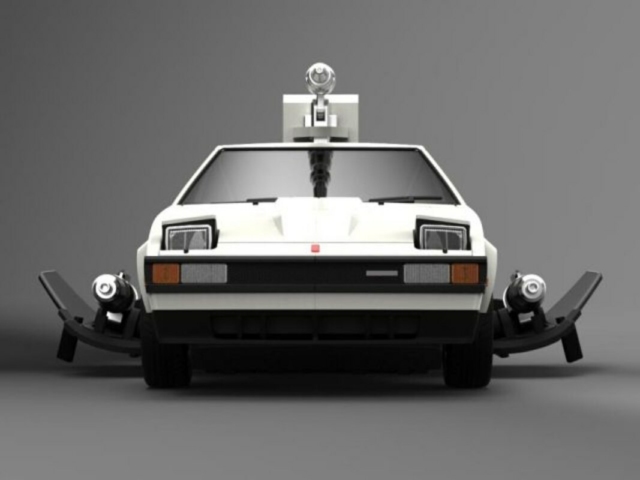 You will soon be able to get highly detailed toys of two iconic Japanese sports coupes that transform into robots. Incredibly faithful to the 1980s Transformers they’re paying homage to, these recreations have super realistic automobile likenesses. However, due to licensing reasons, the Mazda RX-7 and Toyota Celica Supra cannot be called Transformers, even though that’s they’re clearly what they are. 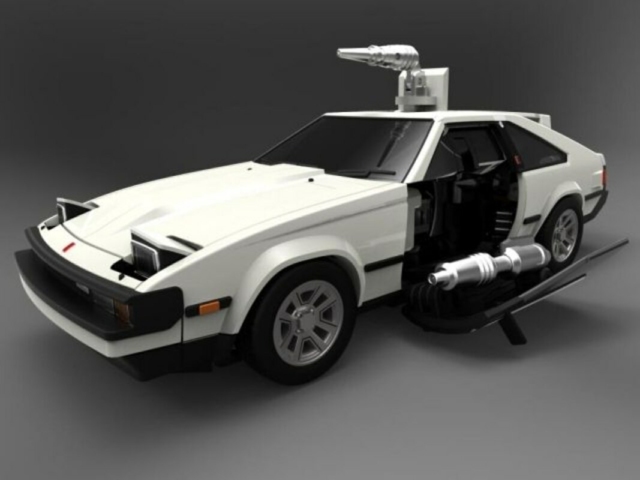 These are what have become known to Transformers collectors as third-party Transformers. Most are unlicensed and come out of China, but in many cases they are far superior to what the official Transformers license holders — Hasbro in the US and TakaraTomy in Japan — are willing to make. We didn’t even know these existed until very recently, and apparently there’s a thriving industry surrounding them, with several companies making amazing versions of the characters and cars we loved as kids.

In any case, back to the Supra and RX-7. You may remember that back in 80s, the real Transformers line did have a white A60 Supra and a silver SA22C RX-7. A third car, a red Ferrari 512 BB, rounded out the trio. They were from the Omnibots series and were never sold in stores. You could only get them as mail-in specials by collecting proofs of purchase from other Transformers toys.

In what was kind of a comical move by Hasbro execs that perhaps didn’t know a lot about cars, the Ferrari was named Overdrive, the Supra was named Downshift, and the RX-7 — the only car that did not have a traditional reciprocating engine with a valvetrain — was named Camshaft.

Over the years these characters saw many different iterations. Apparently, there are many Transformers fans out there who care nothing about the car forms. It’s all about the characters’ robot guises, so newer versions of these characters never kept true to their Supra or RX-7 forms. Some of them weren’t even based on real cars, just cheesy generic vehicles that some toy designer thought would appeal to kids.

The good news about these new versions, made by a company called XTransbots, is that they have very true-to-form vehicle likenesses. The proportions of the originals were pretty cartoony, but XTransbots usually does a great job of making them look realistic. Not only that, but each one’s robot form faithfully replicates that of the original Omnibots, except with far more joints on their limbs and hands. And like the Omnibots of the 80s, they each have a third form, an attack mode that’s mostly car but with missile launchers and stuff coming out of them. That the designers were able to include all of these features in a car form that looks like a scale model of the actual vehicle is pretty miraculous.

There’s one more easter egg on these. Because XTransbots can’t use the actual names of the Transformers characters, they have to give them new names (even though the cars, faces, colors, and graphics are all based on the original characters). In the past, that’s resulted in Dead End renamed Deathwish or Breakdown renamed as Crackup. Sometimes the names make even less sense, like when Skids is renamed as Savant or Trailbreaker is renamed as Aegis.

These cars, though, have names that actually mean something. The Supra formerly known as Downshift is now called Yaguchi. Though this is not confirmed anywhere, we’re pretty sure it’s a reference to Yukihiko Yaguchi, the veteran Toyota engineer and designer. Yaguchi not only worked on generations one through four of the Supra, but cars like the Chaser, Soarer/Lexus SC, and Lexus IS F.

Likewise, the Ferrari has been renamed Fioravanti, after Leonardo Fioravanti. The Pininfarina designer is responsible for a host of legendary Ferraris, including the 512 BB, 288 GTO, Testarossa, and F40. 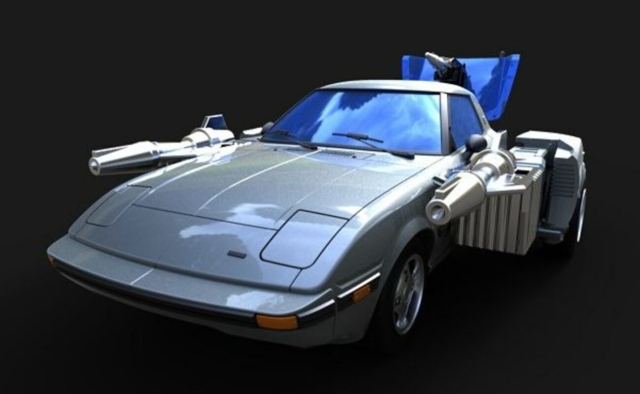 The RX-7 is named Maedas, which some sites have mistakenly spelled as Midas. This, of course, is a reference to Matasaburo Maeda, the designer of the first-generation Mazda RX-7. Maeda’s son, Ikuo, is currently Mazda’s head of design and the one responsible for the company’s current Kodo design language. Ikuo Maeda once revealed that his first car was an SA22C RX-7, but he bought without knowing that his father had designed it, choosing it simply because it was fast. Perhaps the father-son connection is why there’s an additional “s” in Maedas.

At about $100 a piece, the XTransbots are not cheap. Given the number of individual pieces and moving parts, though, it’s not surprising. In any case, these figures strike all the right nostalgia notes for us. There’s the car connection, the beloved 80s toy line, and the fact that the creators seem to know a thing or two about automotive history. They’re definitely more than meets the eye.