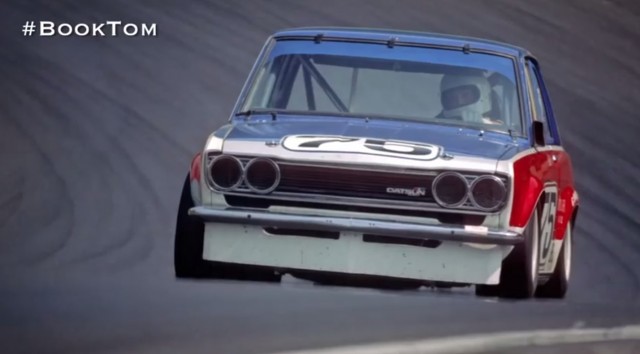 Adam Carolla and his crew are hard at work putting together the Winning, the documentary about Paul Newman‘s racing life. We recently met Carolla and producer Nate Adams, and we can confirm that the level dedication and work they’ve committed to the project is second to none. We saw some footage, which has been released in the video below, and naturally there’s a lot of Datsun racing footage and interviews with other car enthusiast celebs. Other Nissan USA royalty like Peter Brock and John Morton have also been interviewed, but there’s one man Carolla wants to reach out to, and that’s Tom Cruise.

Cruise raced with Newman for two years at Newman/Sharp Racing, so it would only be appropriate that he say a few words on his behalf. If you do the Twitter, Carolla has created the hashtag #BookTom to get Mr. Cole Trickle’s attention. Let’s try to help them out.