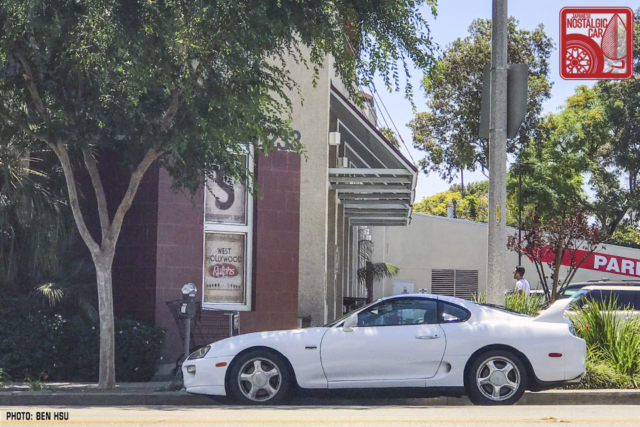 On holidays, Los Angeles turns from a sprawling grid of congestion into a post-apocalyptic streetscape of empty boulevards. Drives that would take hours during rush hour take minutes as the city’s 6.4 million cars go into hibernation. Perhaps that explains why yesterday, on Independence Day, this 1997 Toyota Supra Turbo came out to play. 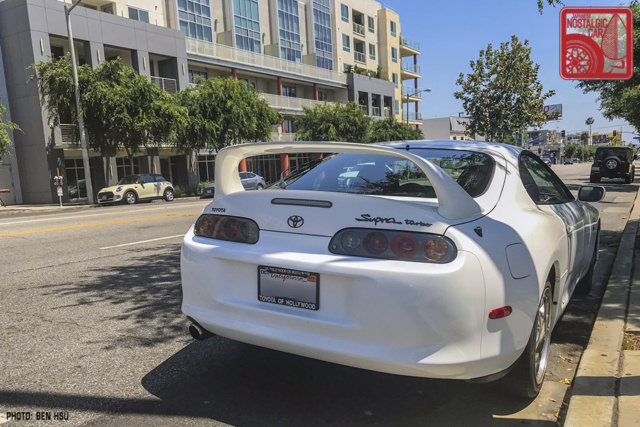 Driving through a deserted Hollywood, we noticed the unmistakable silhouette of a JZA80 Toyota Supra. The king of Bubble Era Aichi steel was stock, gleaming in 040 Super White, and cold parallel parked at a meter like a common Yaris. Rare in stock form already, we quickly pulled over to grab a few snaps before rounding the stern and realizing that it was a turbo (or at least had turbo badging). 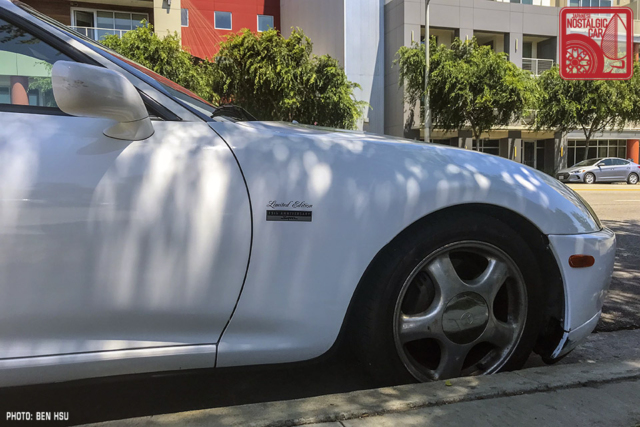 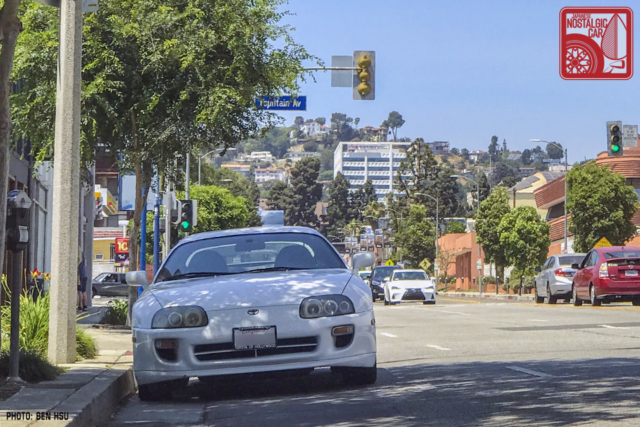 It still wore Toyota of Hollywood license plate frames, which is almost poetic considering that the dealership lives at the location of Toyota’s first franchise in the US, established in 1957. That dealership was less than two miles from where we spotted this car.

We’re keeping the license plate number hidden, but a quick lookup revealed that it was likely a one-owner car purchased new on December 19, 1996. The last event reported by the DMV occurred in 2017 and shows it had 182,361 miles on the odometer at that time. Despite the high mileage the car appeared to be in great condition, and nowadays an unmolested Toyota Supra is a rare thing. Likely, it’s even rarer than that other white Toyota we spotted in an earlier edition of Wildlife.

permalink.
This post is filed under: Wildlife and
tagged: A80, supra, toyota.