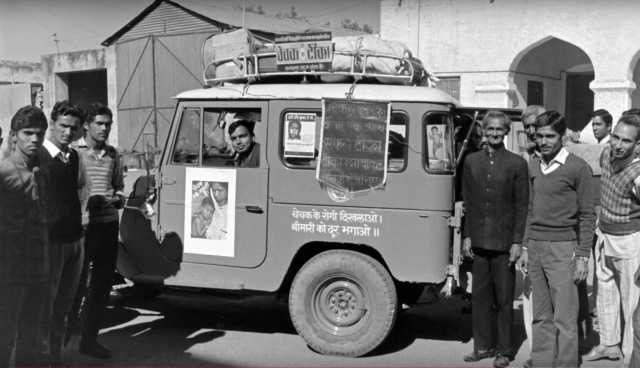 We might be knee-deep in a pandemic right now, but let’s remember what humanity can achieve if we work together. This year marks the 40th anniversary of the eradication of smallpox, a painful and deadly disease that was killing 2 million people a year. And yet, even during the height of the Cold War, all the world’s nations embarked on an unprecedented program to wipe the disease off the face of the planet. To do that, the World Health Organization needed a fleet that could reach the most remote parts of the seven continents. Naturally, they went with the Toyota Land Cruiser.

In order to eliminate smallpox completely, the WHO had to vaccinate every single person in some countries. In India, that was a half a billion people. Many, in parts of Africa and Asia, lived in places with zero infrastructure. In this Discovery Channel documentary, an image of a Series II Land Rover appears early on, but by the end of the program it was an army of FJ40s that brought the life-saving shots to people across the Indian subcontinent. This complete annihilation of a virus, one that had killed 300 million people in the 20th century alone, is considered one of humankind’s greatest scientific accomplishments, and the trusty Toyota Land Cruiser played a major role in it.

6 Responses to To eradicate smallpox in the world’s most remote regions, the WHO employed a fleet of FJ40 Land Cruisers