QotW: Which People’s JNC is due for a remake? 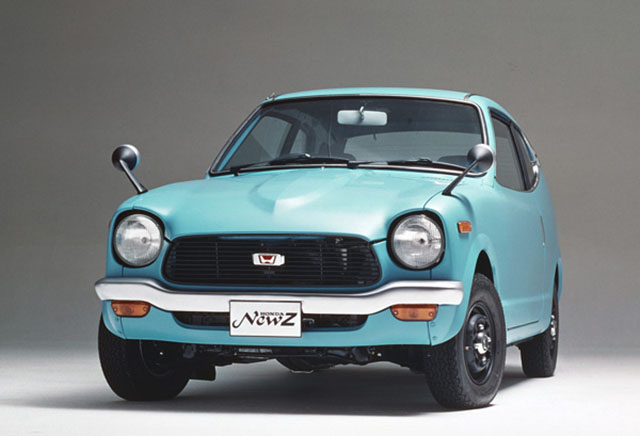 Italy had a Beetle; It was called the Fiat 500. So did Britain, the Mini. The VW Beetle was Germany’s Beetle, obviously, but it was America’s too. What all these cars had in common is that they started out as affordable, economical People’s cars and ended up as icons. What’s more, they’ve all been reborn in modern times as fashion statements capitalizing on nostalgia, European cool, and design.

Which People’s JNC is due for a remake?

The best example to come out of Japan is likely the Honda N-One. The modern kei car was inspired by the 1967 Honda N360. Since they’re already halfway there, we’d jump for joy if Honda did a similar take on the N’s sportier sibling, the Z360. Honda Z-One, anybody?

What say you, dear reader? As always, the most entertaining comment by next Monday will receive a prize. Scroll down to see the winner of last week’s QotW, “What car is not worth preserving?” 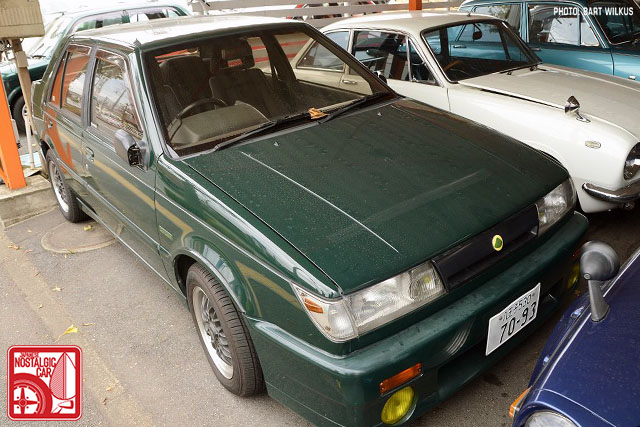 This one generated a lot of debate, and although we’d agree with those among you who said all cars are worth preserving, especially ones that people least expect to be valuable. However, the reason we posed the question in the first place was to get ideas for a car that might serve as stunt double to our Cressida wagon.

It seemed, going purely on the entertainment value of your comments, that our next daily driver was either going to be Greylopht‘s Saabaru, Spudenator‘s eighth-gen Mitsubishi Galant, or Jim-Bob‘s Chevy Celebrity. But ultimately, the prize goes to returning champion dickie‘s bravura tirade against the Isuzu I-Mark and Geo Prizm GSi, even though it must be said that we completely disagree with his actual premise.

Hyundai Tiburons seemed to radiate complete worthlessness even when they were brand new. The owner demographic for used examples somehow manages to scrape the proverbial barrel bottom without ever showing signs of hitting the metal.

I’ve discussed the Scion tC in-depth before and I won’t bother with copy/pasting any part of those diatribes here. Suffice it to say, it fills a uniquely pointless place in the model lineup and caters to a specific set that pretty much ensures few examples will survive past a second owner.

New cars are all easy targets though; they lack the requisite character needed to attain sentimental value with age. As the 90s came to a close, we saw the death of quite a few long-running nameplates and a transition into mediocrity for several others. To properly answer the question of the week, I’m aiming for something with a little more relevance to the subject matter this site is known for. It’s going to be:

1. Japanese
2. Notable in its time
3. Classic or near-classic status

The 25-year rule has been a boon for those of us with later-model machinery in our garage, simultaneously enhancing the value while making the cost of registration, maintenance and insurance more affordable. Some of the newly-inducted “classics” won’t be benefiting, however.

The foremost contender for that dubious title is the Isuzu I-Mark RS/LS. Intended to take a swipe at the burgeoning sporty compact segment and featuring a “Lotus tuned” suspension, the RS version managed to wheeze out an anemic 125hp in its most robust incarnation. Joe Isuzu’s Flachbau-driving nemeses said it best: “That’s an economy car!” and he couldn’t have been more right. The tagline for the commercial was “… under $10,000,” which slots in around the ~$19,500 mark today.

Falling just behind the I-Mark is another unassuming economy sedan with a bastardized heritage that overshadowed its sporty intentions. First shown in 1989 as a 1990 model, the Geo Prizm GSi was a NUMMI product and a follow-on to the NovaRolla. A sport-tuned suspension, disc brakes and 14″(!) wheels were it’s selling points, but lift the hood of any junkyard denizen GSi and you might be surprised to see a redtop 4A-GE staring back at you. Built on the AE92 platform (thus its Japanese heritage) by GM workers (thus its inherently low value), they’re worth exactly scrap value these days. It’s not a huge secret these were packing high-compression twin cam Toyota power under the hood, and I can say that I have pulled one destined for an AE86 as I’m sure countless others have.

If you can find one of these cars and you’re itching to buy, you’d be better off hacking it into a Chumpcar or Lemons entry than you would restoring or preserving it.

13 Responses to QotW: Which People’s JNC is due for a remake?