QotW: Which JNC will get you the most dates? 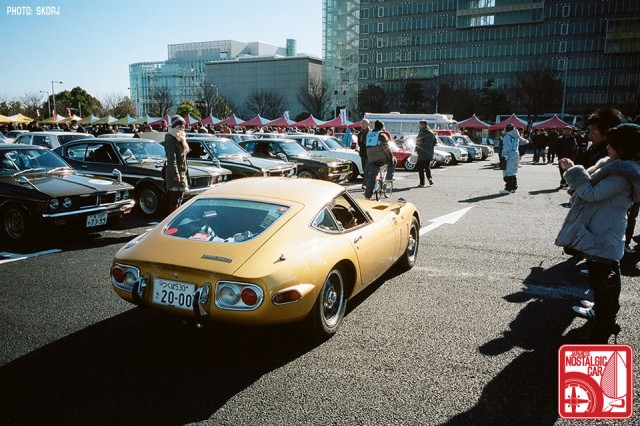 For most of their existence Japanese cars have been seen as economical, practical and reliable. Those may be great qualities, but they won’t necessarily improve your love life.

Which JNC will get you the most dates?

The Toyota 2000GT may be the obvious choice, though not necessarily for the obvious reasons. Sure it costs a million bucks so it’s right up there in Ferrari territory when it comes to symbolizing your net worth, but it’s not the price that does it. It’s the Toyota emblem. In fact, the non-car nut you’re wooing will probably assume that it is a Ferrari of some sort. Then they’ll see that Aichi badge and suddenly it becomes interesting, a conversation starter, and an indicator that you’re not just a Richie Rich who thoughtlessly plunked down a million bucks for a status symbol. Also, it’s beautiful as hell.

What say you, dear reader? As always, the most entertaining comment by next Monday will receive a toy. Click through to see the winner of the last QotW, “Which JNC had the greatest interior?” 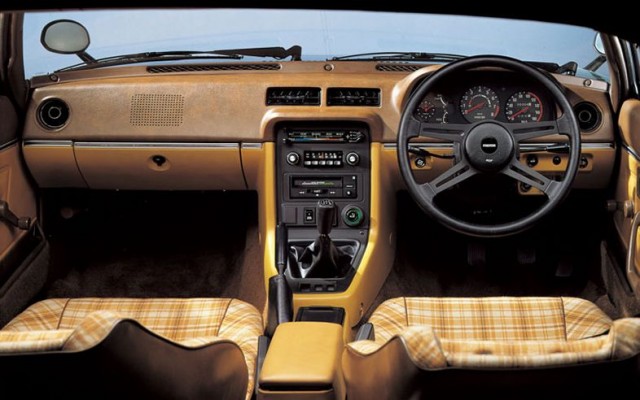 There were a lot of great suggestions last week, but the most entertaining comment came from James, who nominated the SA22 Mazda RX-7 cabin:

Come on let’s be honest, it has to be the Series 1 RX-7 interior which has one of the greatest interiors of all JNCs.

Lets begin with the idea of not only using mustard as an interior colour, but combining it with a murky brown (which appears to be reminiscent of wood grain, all over the top of the dashboard) in a two tone arrangement. It just perfectly symbolises the use of drab colours in the late 70s, and there now seemingly huge failure to appear ‘modern’. Whilst the interior now looks so out of fashion and dated to some, it works so well in this era of car that to me, it just represents the late 70s JNC era.

This combined with the contrast of the all black centre column, instruments, and wheel sets off the interior as sporty especially with its use of circular driver and passenger air vents (which is surprisingly not the shape of the rotary engine, which features cues all over the car…) as well as black strip to separate the two tones. This lower two tone also helps accentuate. Furthermore, the lack of electronic gadgetry further pushes the idea that this is a sports car, made for driving.

And how could i not mention those seats. The beige, white and mustard plaid just finishes the interior and gives it that final hint of late seventies awesomeness.

Why cant mazda make an interior like this these days, instead of their usual grey on grey on black arrangement…

41 Responses to QotW: Which JNC will get you the most dates?