When the Kawasaki Z1 smashed the 24-hour world speed record 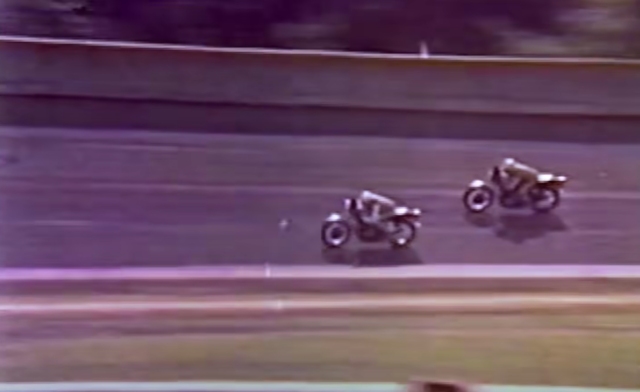 Today is National Bike Day in Japan. While the occasion has an emphasis on motorcycle safety, we’re going to focus on achievements. The game-changing Kawasaki Z1 turns 50 this year, and it came right out of the gates with a bang. Shortly after its debut, Kawasaki was so confident in the bike that it set out  for Daytona to destroy a world 24-hour endurance speed record.

As Kawasaki set out to meet the challenge, it brought along a film crew to document the feat. The result is the short film So Far So Fast. Most contemporary big bikes had around 750cc. The Z1’s 903cc four made 81 horsepower at 8,500 rpm. Kawasaki used mostly stock bikes, it says, though some mods were made for safety and to handle the speedway’s high-speed banked surfaces.

Even in mid-March, the conditions were brutal. Daytime temperatures reached 100 degrees, and over 150 on the track’s surface. Over a period of three days, rider Yvon Du Hamel and the crew knocked down several smaller speed records, with speeds averaging over 140 mph on each lap. It’s not until the third day that the 24-hour speed record is attempted.

Eight riders take turns riding two bikes in 90-minute shifts. Extreme discipline must be maintained to maximize stamina, fuel, and tires. It’s not a spoiler to reveal that the team was successful. After 2,360.402 miles averaging 109.602 mph, the Kawasaki Z1 was the new world record holder. In total, 52 records were broken over the three-day challenge. It’s all part of the Z1 legend, and why the Kawasaki has deemed it worthy of a heritage-inspired Z900RS.

permalink.
This post is filed under: Motorcycles and
tagged: kawasaki, Z1.