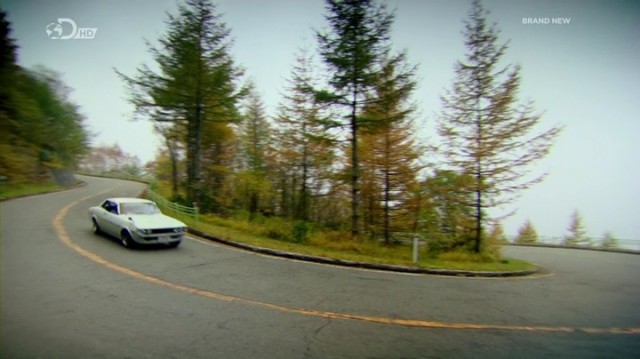 In Discovery Channel UK’s Wheeler Dealers: Trading Up, campy car trader Mike Brewer journeys across various continents to buy and sell cars for profit. In the fourth episode, he finds himself in Japan and gets a quick lesson in its used car culture. After failing multiple times at bidding on cars during a very fast paced auction, he winds up with a Daihatsu Tanto, which he’s able to sell for a profit after a quick detailing. He then spends his earnings on a white daruma Celica. A good investment, it appears.

Soon, however, electrical gremlins make their presence known as he is enjoying a relaxing drive on Mount Fuji. With what seemed to be a faulty alternator and his departure date looming, Mike was forced to put the Celica back into the auction, setting him back about $3,000 USD. Watch the action unfold in the video.