The steering wheel. It’s probably the thing you interact with the most when driving a car, so let’s give it some consideration.

Allow us to make a case for the Nissan Gloria Turbo Brougham VIP Super Selection Ⅱ‘s floating wheel. Not only does the hub stay centered as the wheel rotates around it, it’s filled with buttons — cruise control on the right and auxiliary controls for the stereo on the left, including a volume dial. It is the most Japanese thing we can imagine next to Godzilla fighting Gundam on the back of a bullet train.

What say you, dear reader? As always, the most entertaining comment by next Monday will receive a prize. Scroll down to see the winner of last week’s QotW, “What’s your best car story with dad?” 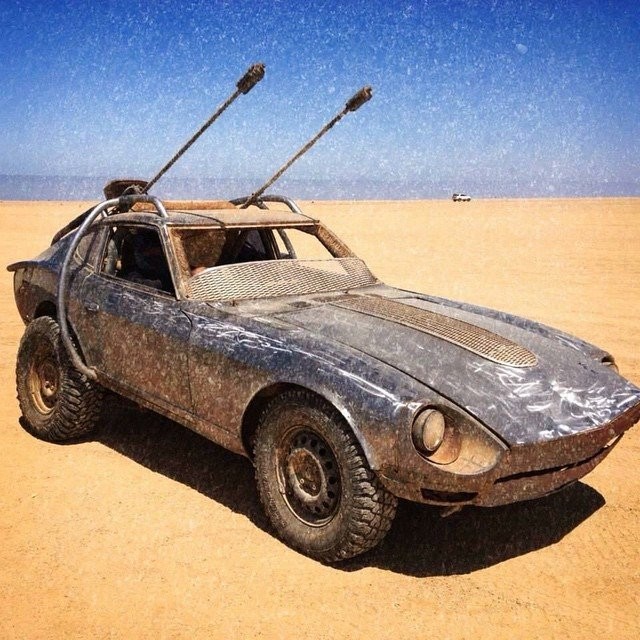 There we many touching stories this week, including robin‘s story of dad’s CRX, Bobby‘s tale of his dad and his Starlet, and Seiko the Neko‘s story of the dad we all hope to be. The story that made us chuckle the most, however, was Tim‘s recounting of the time he almost burned down his firefighter dad’s house with his 240Z:

I bought a 1971 Datsun 240Z while I lived in an apartment. My parent’s house was only a few hours away, so I stored it there under the second story deck in a kind of make-shift carport, and headed down to work on it during the weekends. It turns out that there was a lot of bondo on it, and after stripping it off, I discovered that some of the body needed to be replaced. I’d never done any welding before at this point, but my father had. He borrowed a welder from a friend, and I bought a mask and the parts.

Fast forward to the next weekend. I brought down the mask and parts, and we spent the first day teaching me the basics. I cut apart and stitched back together an old chunk of metal a couple dozen times. We decided to start the real work the next day. Dad helped show me where to cut so that I’m not welding a compound curve upside down. We got the old piece out, and tacked the new one in place. I started filling in the gaps, and my father went inside to use the restroom.

So, I’m unsupervised. We’ve been working on this for a couple hours by this point, and I’m confident… Okay, maybe even a little cocky. Things are going good until I reach the rear of the doorframe. It turns out, the previous owner filled in every nook and cranny with expanding foam. It also turns out that this stuff is highly flammable. Do you know what happens to flammable foam when a high amperage electrical current and tiny bits of very hot metal hit it? I’m sure you can guess.

Whoosh. My car is on fire. My dad’s a firefighter. This is embarrassing. Well, the car’s sitting on a dirt floor, so I pick up as much as I can, and throw it at the small fire. Nope, that’s not going to do it. And I can’t find the hose. Crap. Okay, let’s get dad before I burn down my car AND his house. (It’s underneath a large wooden deck, remember?)

So, I run upstairs, and bang on the bathroom door.

By the time he made it downstairs, the fire had put itself out, so there was no serious damage. But it’s still something I remember every time I see that little alcove. Even though I recall being fairly scared at the time, I look back on it and kinda chuckle inside. But to this day, I don’t do bodywork. Electrical, mechanical, heck, even upholstery – I’ll give it a shot. But anything that involves a welder gets handed over to a professional.