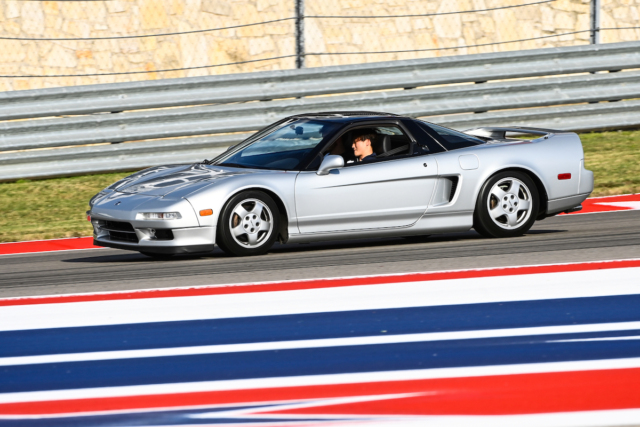 At last weekend’s US Grand Prix, Formula One drivers from the Honda-powered Scuderia AlphaTauri team got the chance to throw an original Acura NSX around Austin, Texas’ Circuit of the Americas. Though their driving was impressive, it’s almost funny because neither was alive when the NSX debuted and both have made their careers exclusively in the paddle-shift era. To them, the Honda supercar is basically an antique.

The laps were a promotion by Acura, whose branding took over the Honda-powered F1 cars for the US race. As strange as it was to see Acura logos on a Formula One machine, American Honda is making more of an effort to distinguish the Honda and Acura brands. The luxury marque is how American Honda wants to promote its racing efforts, from IMSA DPi to the new NSX in GT3. As a result, though, we do get to see this NSX footage.

The NSX debuted six years before Pierre Gasly, 25, was born. By the time his teammate Yuki Tsunoda, 21, was born in 2000, the NSX was nearing the end of its model run. Video of Gasly’s run evokes memories of a video from the early 90s when F1 great Aryton Senna turned a lap at Suzuka in a then-new NSX-R casually wearing a pair of loafers.

Maybe it was Senna, or maybe it was the white socks, but the video went about as viral as a video could in the pre-internet age. Not to be outdone, fellow F1 driver Satoru Nakajima did a similar lap at Suzuka in yellow socks. Gotta love 90s fashion! 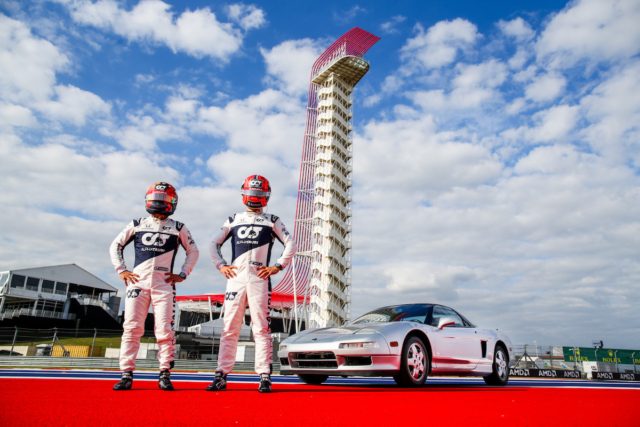 Gasly has no problems jumping into the NSX and working the three pedals. He doesn’t seem to be going as hard as Senna, perhaps because the NSX is now a classic, but at some point one of the drivers loses the right front center cap.

Still, the driving experience clearly made an impression on Gasly. “So good, so good!” he exclaims as he ends his run, “I wish I could do more laps. Incredible.” He follows with what is perhaps the greatest complement, “I have to find a way to get one.” 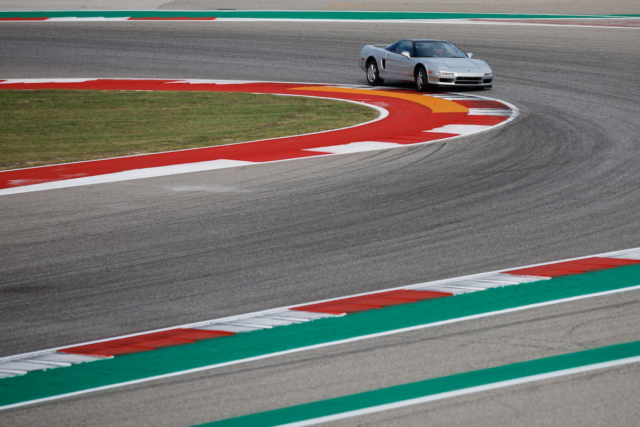 Also, it’s good to know that Honda has at least a second example of an original NSX. We knew they had a Formula Red example at their museum, which has been transported around the country for auto shows. This Sebring Silver specimen is one we weren’t aware of, but it’s good to have a backup just in case you lose a part or two.