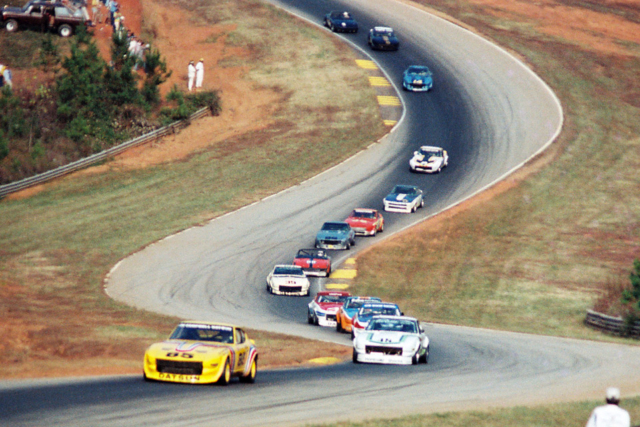 It was only in 2010 that I attended my first vintage race as a spectator. Eight years later, I was reliving racing history at the famed Road Atlanta circuit in an authentic C-Production 240Z I had spent a year restoring. We can only hope to catch a glimpse of what it was like to be a driver during the good ol’ days at this hallowed track where Datsun dominated other marques in SCCA racing for over a decade, but this was as close as we were going to get without a time machine. 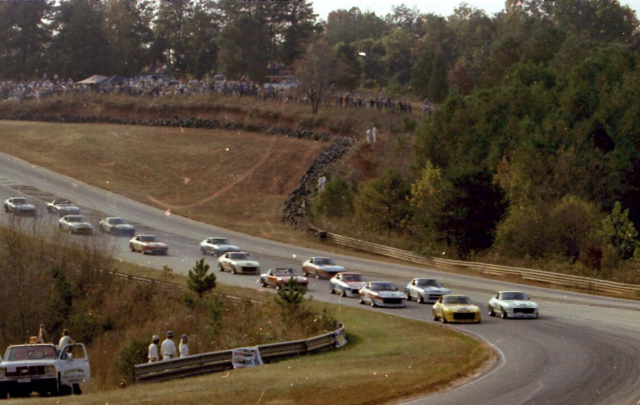 As fate would have it, our final race at The Mitty would start very much like the championship C-Production race of the 1978 SCCA Runoffs. Loren St. Lawrence, then the driver and owner the VIPs Z that I now own and drive, would start P8 (8th position) behind legends like Logan Blackburn, Frank Leary, Paul Newman, Dan Parkinson, Jim Fitzgerald, and Frank Harmstad. Forty years later, on the final race day of the 2018 Mitty, we too would start P8. Coincidence? 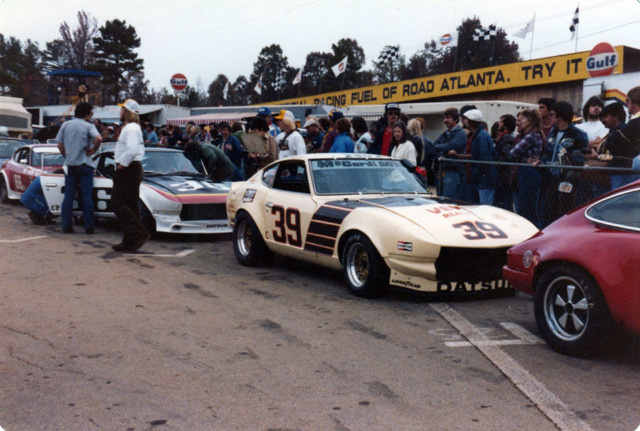 Corner workers, the unsung heroes of racing, helped us stage our cars. I like to grid early because sitting in the driver’s seat, on the track in a pre-race moment of calm, is the perfect time to focus, strategize, and clear my mind. We lined up as instructed, and as the start drew closer, drivers and crew performed their last minute checks. I diligently ran through my mental pre-race checklist with my wife and crew as I strapped into the driver’s seat. 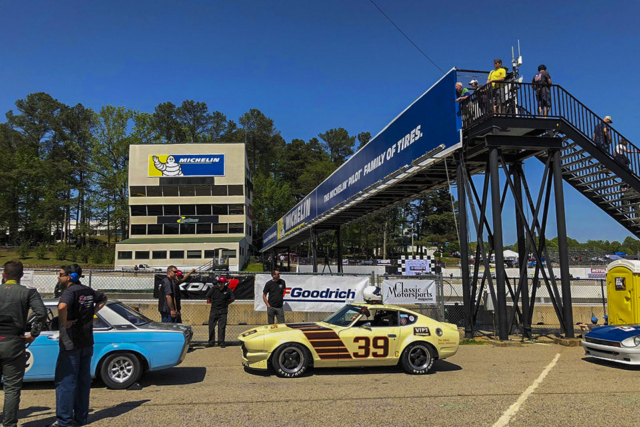 Unfortunately, this time around I couldn’t help but feel an uncontrollable nervousness overcome me. A frustrating weekend plagued with issues didn’t quite inspire confidence heading into the final bout. To be successful in racing one must be as mentally strong as one is skilled at driving. Being fast is a direct result of those two traits. 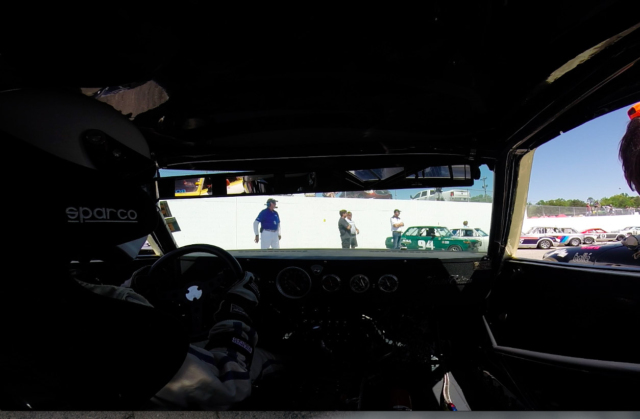 Trying purge any doubts from my head, I told myself, “Okay, I’ve come this far and am among a great league of drivers. This weekend won’t be a loss, no matter the outcome. Focus.” 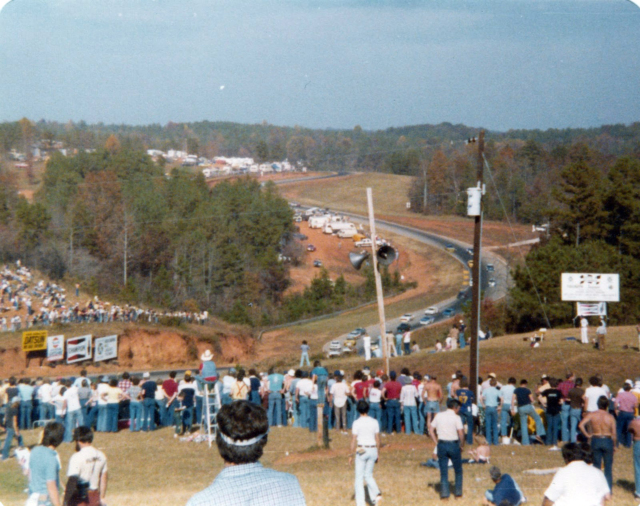 I was shaken from my meditation by the whistles cuing us to enter the track and begin the pace lap. As we rolled through the bends and hills of Road Atlanta, I was suddenly brought back to 1978. For a second, I looked up at the grandstands and caught sight of something amazing — crowds filled with Datsun enthusiasts from around the world, proudly wearing the marque’s red, blue and white racing colors.

They cheered us on as we jabbed our brakes and scrubbed our tires to get them up to operating temperatures. Inside the cars, we rolled down Turn 11 and through Turn 12, eyes fixed on the start-finish and anxiously waiting for the drop of the “go” flag.

Suddenly, a flash of green. We were off!

Right out of the gate, I was caught between two cars, allowing three others to pass me on the outside before we even made it to Turn 2. As much as I wanted to react, I reminded myself that it was still early. “Patience,” muttered to myself. The dicing continued as we carved our way through the Road Atlanta esses. The pack hadn’t fallen into their rhythms yet, and I was careful to avoid contact. 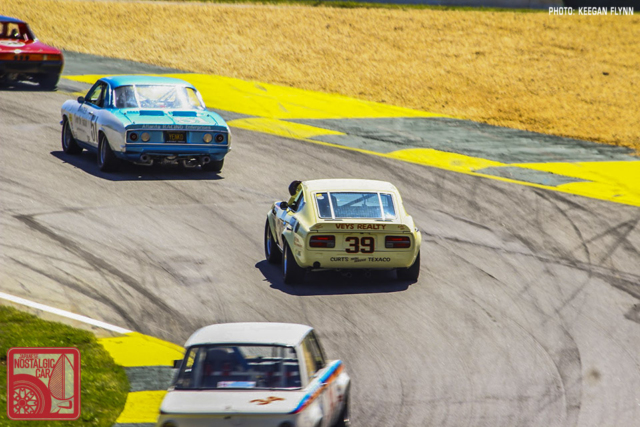 Exiting Turn 5, high cornering speeds allowed me to make up two positions before entering Turn 7. A symphony of inline-six L-series engines sang down the back straight, reaching 140-plus mph.

Puffs of brake dust brought us down to slower speeds as we battled through the chicane. Going bumper to bumper through the blind downhill entry of Turn 11 certainly made for a worthy adrenaline rush, then it was back on the gas early through Turn 12 and past the start-finish to complete the first lap.

The next few laps were a blur. I repeated to myself robotically everything I had learned about the track in the past three days:

Turn 1, late entry and stay mid-track. Turn 2 entry, aim for the telephone pole. Turn 3, hit the berm to rotate the car for 4, and short shift midway through 4. Less braking and more acceleration into the esses. Turn 5, stay right for braking and settle the car. Turn 6, mid-apex, hard on throttle into Turn 7, then late-apex. Straighten car as much as possible for the back straight and tighten grip as you reach 140 mph. Hard brake shortly after the track becomes a downhill. Keep the car settled through the chicane, and for Turn 11? Hope for the best! Then it was down the hill, wait for the track to flatten, be patient, note the walls on both sides, and flat out onto the front straight.

With the racing gods on my side, the mechanical issues of the last few days had quelled. The Z cut its way through the field like a scalpel, putting me in a comfortable P5. With three laps to go I had the P4 car in my sights. 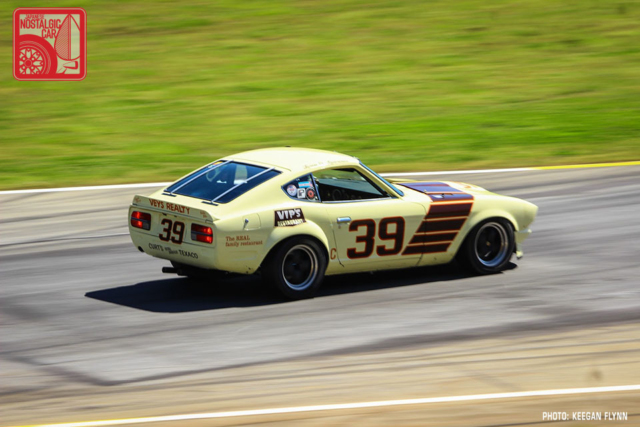 For the next couple of laps I bade my time, inching my way closer and closer to his bumper. Patience was the key. He was pulling away on the straights, but I noticed that his turns were arcing wider and wider. His tires were shot. I waited until the end of the final lap. Now was the time to pounce!

The wait had been well worth it. P4 from P8 after a weekend plagued with issues? What a way to close the race weekend. As I took the cool down lap, I waved at the fans, thanking them for supporting us. I couldn’t help but feel a little emotional. 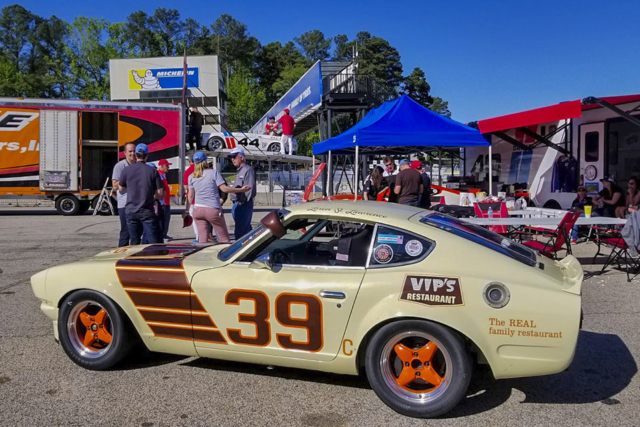 The Mitty had been nothing short of a life-changing experience. We now had an unforgettable race weekend experience to add to our storybooks. Whether it was Z Car Garage resurrecting the No. 46 BRE 240Z from what seemed like a weekend-ending engine failure, Randy Jaffe and other competitors offering us tires and replacement differentials to keep fighting, or the coaching from John Morton himself, it took very special people to make this weekend successful. For more about this event from other perspectives check out Z Car Garage’s coverage. 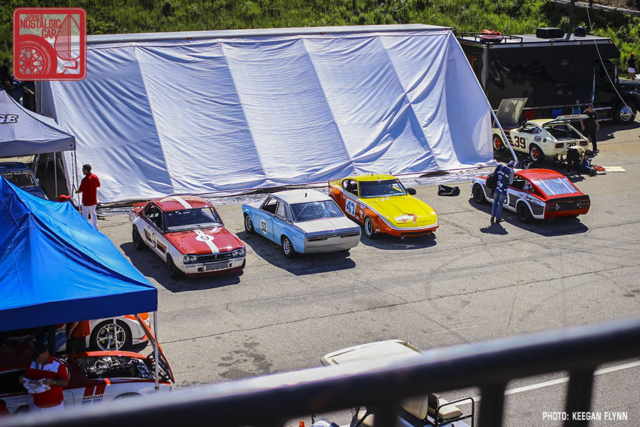 Historic Sportscar Racing and Nissan had put on a brilliant event. I am also forever grateful for my wife, family, friends, crew, and the Datsun community for have been so supportive of my efforts. It was truly humbling. The Mitty will be a hard one to top, although I am sure Rolex Monterey Motorsports Reunion —where Nissan is also the featured marque for the first time — will put up some stiff competition. 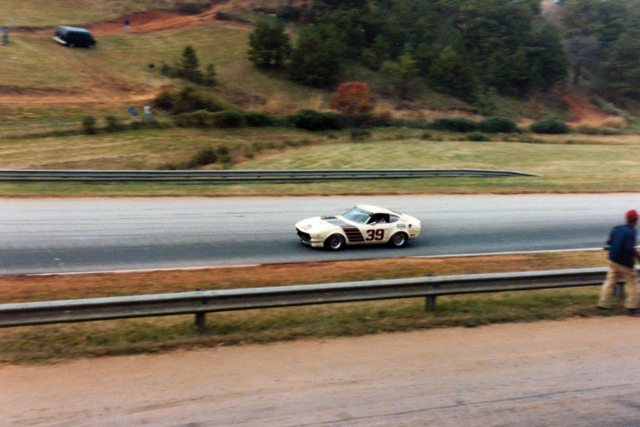 The road to the Mitty was a much tougher and longer one than what we were able to portray in these short installments, but it began the day I discovered the car in Port Coquitlam, British Columbia. I had restored it in my two-car garage, spent sleepless nights researching its racing history. It’s returned to Laguna Seca for where it won its first race in May 1971, and now we had crossed the checkered flag at Road Atlanta where it had made six SCCA Runoffs appearances. Hopefully this won’t be its last.

Until next time, Road Atlanta.

That concludes our journal for the 2018 Mitty. In case you missed it, our adventures began with The Road to the Mitty, Part 01 and Part 02, followed by Test Day, Qualifying, and Race Day.