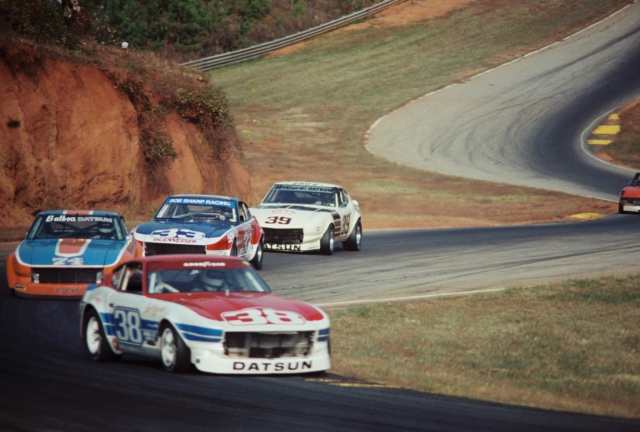 The decision to make the trek out to Road Atlanta for the Mitty after hearing Nissan was going to be the featured marque was an easy one. The preparation that the car would require to drive at the Road Atlanta? Not so much. 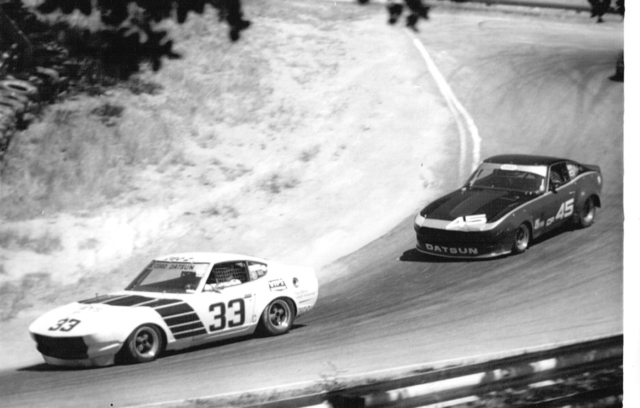 From day one, my ex-SCCA Datsun 240Z was a west coast car. Outside of a short stint in Michigan and a few trips to the SCCA Runoffs at Road Atlanta, the car spent its entire life at tracks like Laguna Seca, Sears Point, Portland International Raceway, Seattle Raceway (now Pacific Raceways), and even the now-defunct Westwood Motorsports Park and Vaca Valley Raceway. Heck, it was built out of FAR Performance based out of Mountain View, California — less than 90 miles to either Sears Point or Laguna Seca.

When prepping a race car for a new track, there’s a plethora of factors to consider. Road Atlanta is an east coast track, which generally means (to us West coasters) that it probably has one or more long straights and significant elevation changes. 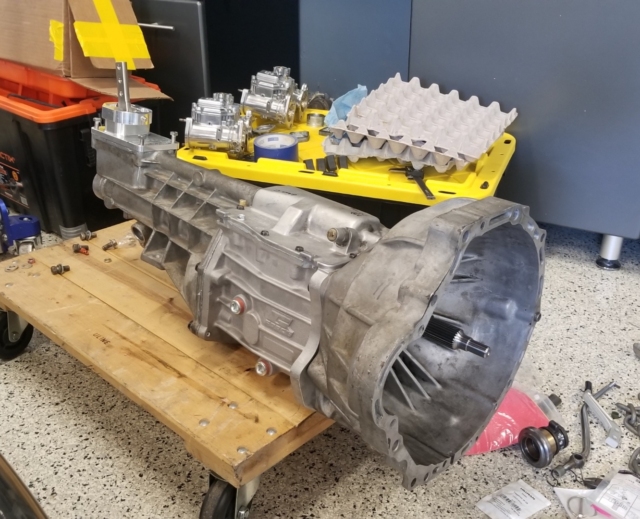 As such, gearing was the main issue here. With the car’s 4.38 rear end and a 1:1 Datsun Competition Option #2 Direct Drive transmission, the car probably would have run out of gearing halfway down the back straight. As luck would have it, we just happened to conveniently blow a countershaft gear at the Monterey Historics last year! That meant a new transmission and differential combo was on the list of things to do.

A modified version of the 280ZX Turbo T5 by G-Force Transmissions was my gearbox of choice. While the gearing was a little wider than the Datsun Competition unit, it was much more stout. Being a budget racer and privateer, durability is essential to being able to run five to six races a year. As it happens, it worked out nicely that the transmission had an overdrive fifth gear, which means we were able to make the 4.38 work for Road Atlanta — geared for 135 mph! 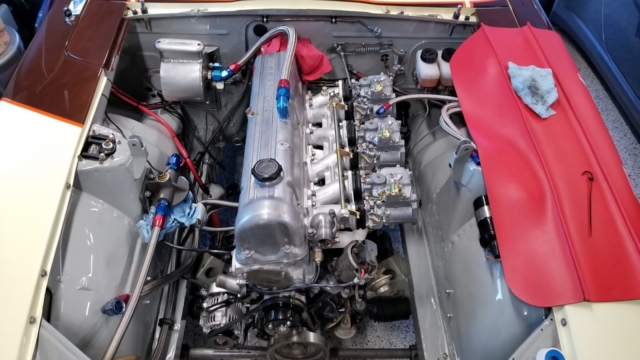 Next up was a refresh of the existing Rebello Racing L-series. Many of those who stopped by the pits during last year’s Rolex Monterey Motorsports Reunion may remember that in the final race of the weekend, we blew our motor. Luckily, no damage was done to the top or bottom end of the motor. Forensics later showed that the cause was a fatigued cam that had just let go.

The motor went straight back to Rebello Racing to receive a freshened head with upgraded internals. The bottom end received some love from our friend, Ricky Freeman, who checked all the clearances, inspected the crank, and added new rings and bearings. We got a classic case of “while I’m at it syndrome” and rebuilt our Mikuni side-draft racing carburetors. All the hardware was cleaned and re-plated. 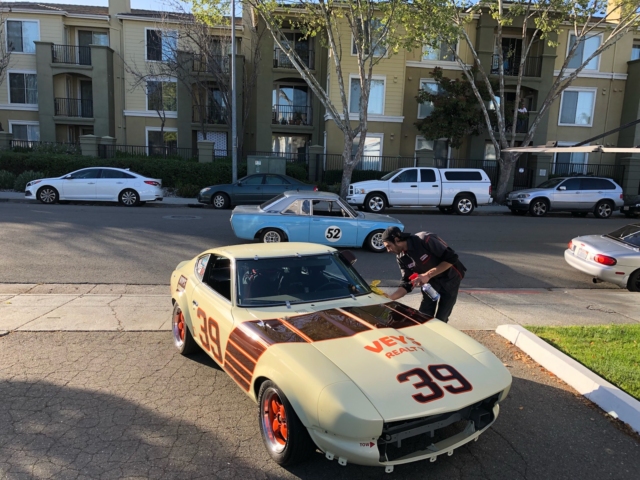 After the motor and transmission were reinstalled, the car was buttoned up with a pre-race inspection. At the very least, before every race weekend, it is mission-critical to make sure that every single nut and bolt on the car has been properly torqued. This step is often overlooked, but is necessary as one of the most important safety checks.

Lastly, the car was dyno’ed at Z Car Garage. They performed their magic, and the end result was a powerful and reliable build. Just listen to her sing! Now prepared, the car was then loaded up on the transport that ZCG so graciously arranged on short notice after my trailer was stolen. Next stop, the Mitty.

In case you missed it, our adventures began with The Road to the Mitty Part 01.

4 Responses to VINTAGE RACING JOURNAL: Road to The Mitty, Part 02