VIDEO: You can’t not love the Subaru Sambar 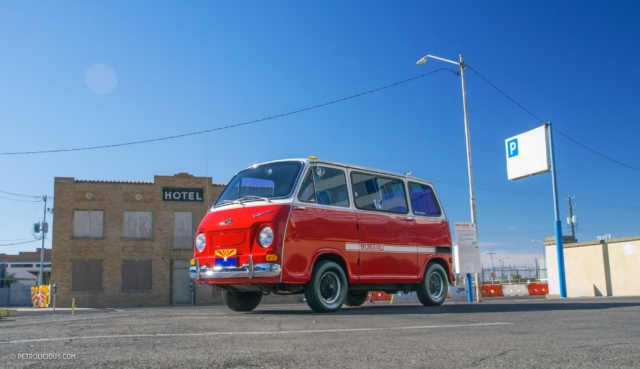 Scott Coletti is a lifetime Subaru fanatic, and his 360 Sambar is among the best kept examples stateside. I can only think of a handful that are anywhere near to being on par. He’s honest about the van — it’s slow, hot and loud, but what do you expect from a 2-stroke air-cooled engine? However, Scott maintains that “there’s a lot of driving in driving this car.” because you have to pay attention, and even at 45 mph velocities it “has the feeling of going 100 miles per hour.”

Petrolicious’ latest video waxes poetic about the ultimate kei van to come to American shores. That car, by default, would be the Subaru 360 Sambar, as it was the only one. While most stories from the mainstream collector’s market view classic Japanese cars as an alternative to a European, this one feels more about the car itself as a Subaru, rather than an alternative to a Fiat Multipla or something, and that’s refreshing. Plus, how can you not love that face?

permalink.
This post is filed under: Video and
tagged: kei, sambar, subaru, vans.

2 Responses to VIDEO: You can’t not love the Subaru Sambar