VIDEO: You could tune pretty much anything in Japan 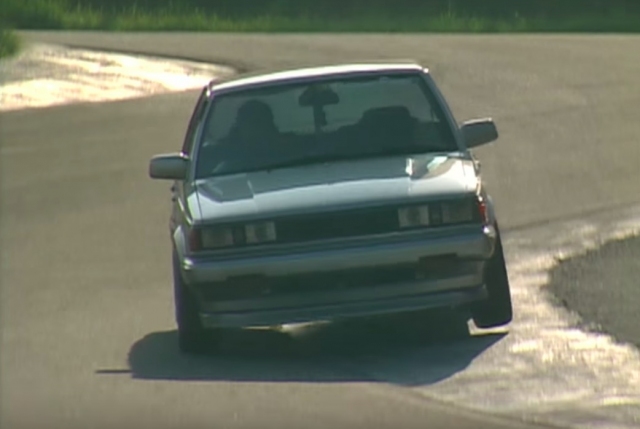 In the 90s, Japan was so high on octane that you could find aftermarket parts for just about any car imaginable. In this Best Motoring video, the hosts step out of NSXes and GT-Rs for a second and test drive tuned regular cars that are accessible to a teenager making minimum yen at the local Lawson. Whether its a 4WD Mazda hatchback, a late-model front-drive Corolla family sedan, or an ancient A60 Carina (the four-door Celica, if you will), all are flogged at the track.

In many ways Japan today still has a penchant for tuning — you’ll still see everything from lowered Priuses and kitted out hybrid vans — but it’s more cosmetic and less about hard core track use. The 1990s was a magical time, a perfect storm of an economy still riding a wave of unprecedented prosperity, automaker craziness, and young people not yet addicted to smartphones.

permalink.
This post is filed under: Uncategorized and
tagged: a60, ae92, carina, corolla, familia, mazda, toyota.

6 Responses to VIDEO: You could tune pretty much anything in Japan