VIDEO: Why the Mazda RX-2 is the next collectible Mazda 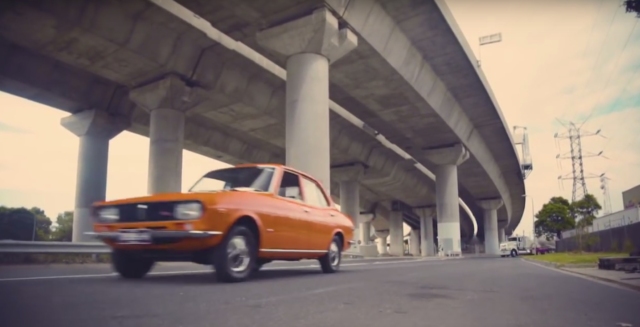 The Mazda RX-2 was the first truly accessible mainstream rotary-powered car. The Mazda Cosmo Sport and Luce R130 were too rare and expensive and the R100 too small, but the Capella (which eventually became the 626), was the perfect mid-size car to showcase Hiroshima’s jewel of an engine. As such, RX-2s, especially in stock or close-to-stock condition, have become sought-after classics. Nowhere is this more true than in Australia.

Many Americans consider the RX-7 one of the premier Japanese sports cars, but our fondness for Mazda’s rotary engine doesn’t hold a candle to Australia’s. Aussies have been in love with rotaries for much longer, and bought pre-RX-7 models in much greater quantities than we did in the States. The latest video in Australian classic car insurance company Shannons’ excellent series of collectible car videos shows why.

The NSU Ro80 was the first rotary car to be imported to Australia, but in truth NSU had not really perfected the pistonless technology to where it was viable for mass production. Plagued with mechanical issues, the Ro80 not only doomed NSU’s sales, but gave the idea of a rotary engine a black eye.

Then Mazda entered the scene in 1969 with the R100 and immediately went racing. It was followed in 1971 by the RX-2 and, combined with a new coil spring rear suspension and true mid-size dimensions, became a sales hit. It was helped in no small fashion by a historic showing at the Bathurst 500, Australia’s most famous race. The RX-2 promptly took pole position and proceeded to win its class. Shannons host Mark Oastler explains, “That first Bathurst win really boosted the rotary engine’s showroom appeal in Australia because it showed the car was not only fast, but also reliable.”

There’s plenty of more Australian RX-2 racing history in the video that’s well worth watching, as well as a profile of an owner with a beautifully mint RX-2 sedan in Melbourne. As are all the Shannons videos, it’s well worth a viewing.

permalink.
This post is filed under: Video and
tagged: capella, mazda, rx-2, Shannons.

6 Responses to VIDEO: Why the Mazda RX-2 is the next collectible Mazda