VIDEO: Watch James May put together a Honda Monkey 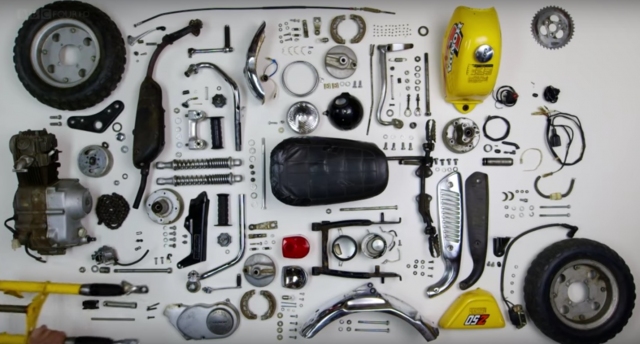 James May of former Top Gear and current Grand Tour fame is mostly known for doing loud things with powerful cars. However, Captain Slow, as he’s often called by his more basic colleagues, also has a well documented love for Honda motorcycles, tinkering, and pedantry. All of this comes to life in The Reassembler, a show that trades in exotic locales for a dim shed and whose motorized vehicles are not tearing across a race track but betting slowly put back together from its component pieces. In this case, that vehicle is a Honda Z50 Monkey, and the process is oddly satisfying.

Of course, the Monkey itself is charming as well, having originally been created as a kids’ ride at Honda’s Tama Tech amusement park near Tokyo. It became an unexpected hit with adults too, and the name Monkey stemmed from how grown-ups resembled circus gorillas when perched atop the small bike. Honda saw a sales opportunity and began selling them to the public. They have always had an unusually strong following in the UK, and paried with an entertaining host already fond of SuperCubs, this video is a match made in heaven. Or a shed.

permalink.
This post is filed under: Video and
tagged: honda, James May, monkey, motorcycles, z50.

7 Responses to VIDEO: Watch James May put together a Honda Monkey