VIDEO: Watch a MotoGP champ ride through the history of Japanese motoring 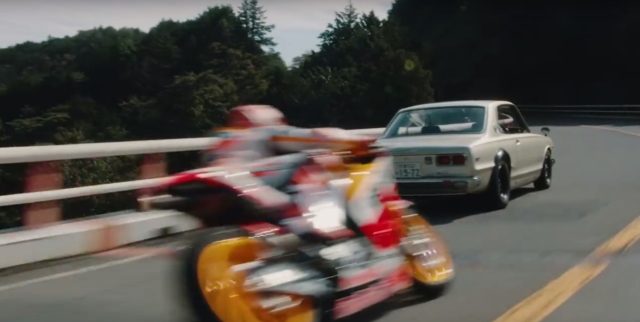 Over the weekend MotoGP rider Marc Marquez was in Japan winning his fifth world championship. Before that, the star 25-year-old motorcycle racer made a promotional video for Redbull Racing that takes viewers through the history of Japanese motoring.

Marquez takes his Repsol Honda RC213V to Hakone Turnpike, perhaps the most famous touge road in Japan and one of the original locations that gave birth to underground drifting. The bike passes a noodle vendor on a Honda SuperCub, a hakosuka Skyline, a dekotora, modern day bikers, and even Isami Amemiya standing beside one of his company’s famed RX-7s.

On Sunday, Marquez won first place, earning enough points to cinch his fifth MotoGP championship, even though the Australian, Malaysian, and Spanish GPs are still left. He is quickly becoming one of the best riders in the sport’s history, tying with Mick Doonan and just two records behind Valentino Rossi.

4 Responses to VIDEO: Watch a MotoGP champ ride through the history of Japanese motoring