VIDEO: Travel through time with these defining moments in Mazda’s 100-year history 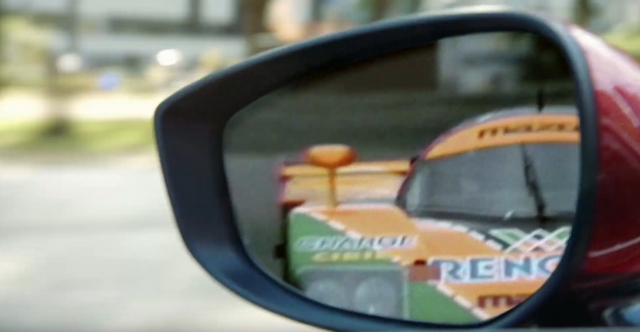 As you may have heard, Mazda is celebrating its 100th anniversary in 2020, and they have created a little video showcasing the company’s “defining moments”. It’s short, but cleverly blends archival footage with modern, to give the impression that you are traveling through time to witness the events.

The video begins with a woman driving through Mazda’s hometown of Hiroshima in a new CX-30. As she looks in the rear view mirror, she sees the founding of Toyo Cork Kogyo, the company that became Mazda, in 1920. In 1938, Mazda launches the Green Panel truck. She passes by the remnants of the Atomic Bomb Dome, one of the few structures to survive the nuclear bomb in Hiroshima, as well as a the Peace Museum dedicated to the Peace Memorial Museum that teaches visitors about that fateful day in 1945.

Balloons reflected in the windshield hearken back to a more hopeful time, in 1960, with the debut of the Mazda R360. The 1964 development of the rotary engine starts a procession of sports cars like the 1967 Cosmo Sport, 1978 RX-7, and 1989 MX-5 Miata. Next, she glimpses the Le Mans-winning 787B in her side mirror, a sight we’d frankly love to see in real life, transitioning to the RX-8, the 2010 birth of Kodo Design, and the 2017 advent of the spark-less SkyActiv-X engine.

It’s the type of advert that’s increasingly rare these days, showing a company’s sporting and racing triumphs over, say, how many rows of seating or safety nannies a car contains. We’d argue there are many more defining moments, but it’s still a nice trip down memory lane.

3 Responses to VIDEO: Travel through time with these defining moments in Mazda’s 100-year history