VIDEO: This Toyota Van excursion looks like a load of fun 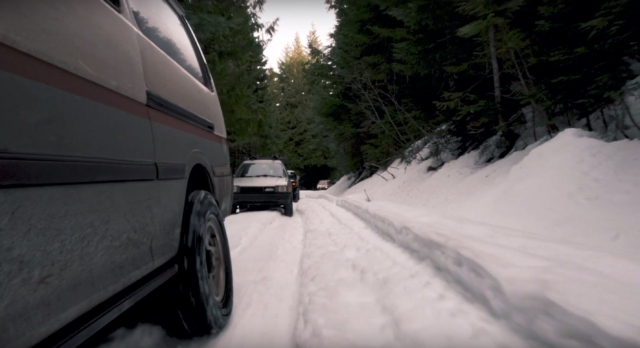 The Barlow Pass near Mt Hood was one of the final sections of the famed Oregon Trail. And while our ancestors may have died of dysentery in a covered wagon, in modern times you can navigate from the comfort of an imported Japanese van.

The proprietors of the Vanlife Northwest YouTube channel look like they’re having a ball with their imported Toyota boxes on a “Snow Run.” With elevations up to 3,900 feet above sea level, the Barlow Pass has no shortage of the white stuff, but the HiAces take to it like a duck to water. Followed by a pair of FJ Cruisers (one of which needs rescuing by a van), a Tercel 4WD wagon, and a Mitsubishi Delica, the caravan exemplifies yet another niche of Japanese enthusiast vehicles. It’s a type of driving we probably won’t get to do in SoCal any time soon, but one day we’ll make the trek. We’ll just have to stock up at Matt’s General Store first.

4 Responses to VIDEO: This Toyota Van excursion looks like a load of fun