VIDEO: Tokyo life in 1992 was filled with boxy cars 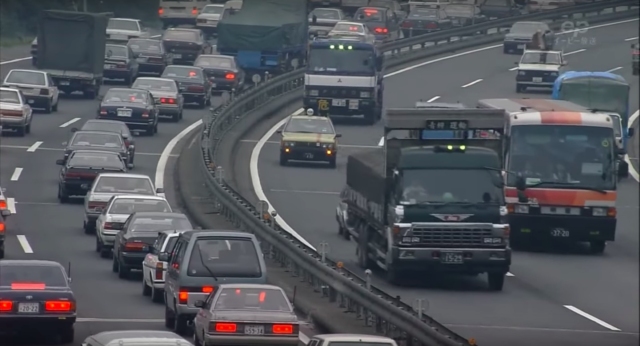 The short film Goodnight, Tokyo is a love letter to Japan’s capital city. The 1992 video captured perfectly a slice of daily life in the metropolis — people going to work, children going to school, and trains, cars and boats going wherever it is they go. What’s unusual about this video is that it was filmed in high-definition, a rarity at the time. You can tell it’s 1992 by the skyline, the women’s hairstyles, and, of course, the cars.

While isn’t a ton of vehicular footage, what exists is a fascinating study in boxiness. There streets are full of gloriously angular one-box vans, Hino cabovers, and Toyota Crowns. So many Toyota Crowns. There’s a guest appearance by an FJ40, but other than that it’s pure Bubble Era. Another clue that it’s 1992: the unfinished Rainbow Bridge.

7 Responses to VIDEO: Tokyo life in 1992 was filled with boxy cars