VIDEO: This is how Honda has made 100 million Super Cubs 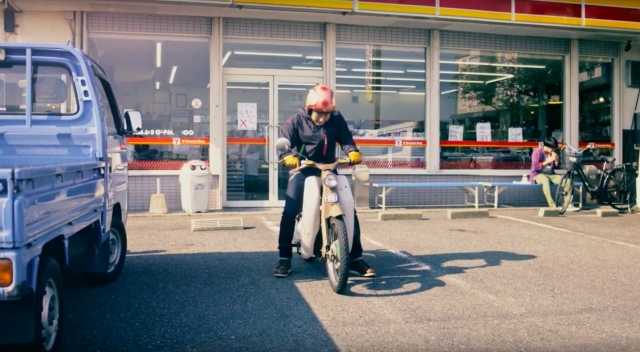 We at JNC love the Honda Super Cub. Honda recently passed the incredibly impressive milestone of having sold 100 million units since the Super Cub’s debut in 1958. That’s the same sales figures as the Volkswagen Beetle, Toyota Corolla, and Ford F-series pickup, combined. To celebrate the occasion, as well as the upcoming 60th anniversary of the Super Cub next year, Honda has released two videos that are basically love letters to the iconic bike.

The first one, called “Cub with Me,” shows exactly why the Super Cub has enjoyed so many sales. Versatile and durable, it has permeated every facet of Japanese life. Whether student, farmer, or courier, rural, urban, or coastal, you can’t live in Japan without crossing paths with a Super Cub.

Another video shows how the Super Cub is made. Since 1991, Japanese market models have been built at the Kumamoto factory in Kyushu, Japan. A surprising portion of the assembly is still done by gloved hands. Of course, not all 100 million have emerged from this plant. The Super Cub has been built in 20 countries on five continents. 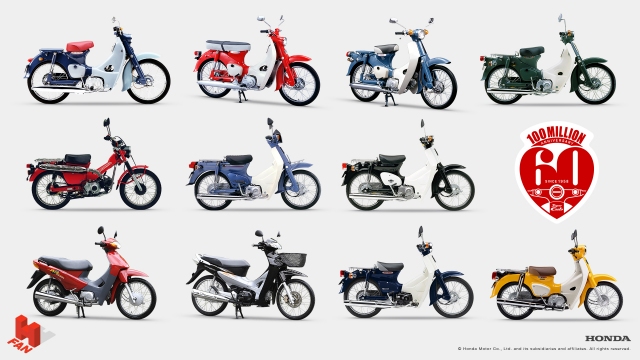 Honda has also created a special website for the celebration of the SuperCub. It describes the Super Cub as unique to Honda, Japan, and the world, representing “unchanged values” in a world that is rapidly advancing. On it, they are collecting photos from Super Cub riders who upload a photo to Twitter or Instagram with the hashtag #カブ1億台 (Cub 100 million). The images will eventually be put into a mosaic. There’s also an extensive background on how the 60th anniversary logo was designed, a timeline of Super Cub models, and a gallery of all the Super Cub badges through the years.

permalink.
This post is filed under: Motorcycles and
tagged: honda, motorcycles, super cub.

4 Responses to VIDEO: This is how Honda has made 100 million Super Cubs