VIDEO: These dekotora drivers use their modded trucks for acts of charity 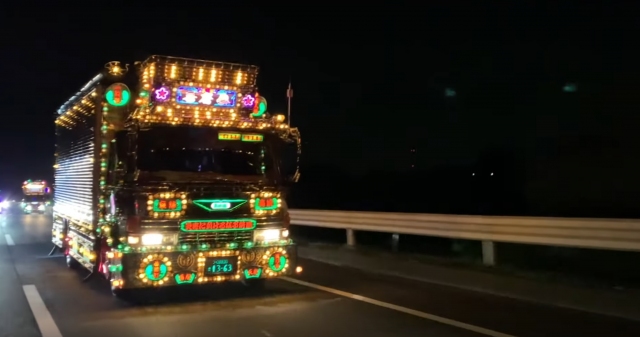 The image of a dekotora driver in Japan typically isn’t a wholly positive one. Much like hard core truckers in the US, they are seen as rough around the edges, people you wouldn’t want to confront alone at a remote highway rest stop. However, at least one dekotora owner wanted to change that image, and has enlisted his fellow drivers into using their trucks to do good.

Kazuya Sekino owns a heavily modified Hino that he’s named Lady Misaki. The moniker comes from the name of his sister’s tragically stillborn daughter, whose memory he hopes lives on. After the Tohoku earthquake of 2011, Sekino realized that supplies weren’t making it through to deeply affected areas. He called on his fellow dekotora drivers to make delivery runs into the ravaged regions, bringing them much-needed relief while providing dekotora with an image uplift.

The video is ostensibly an ad for the iPhone XS’s video capabilities, but it also serves as an alternative take on dekotora culture. We know that if we saw a convoy of neon rigs rumbling into our destroyed towns bringing essential provisions to our devastated towns, we’d welcome them as heroes.

permalink.
This post is filed under: Video and
tagged: dekotora, hino.

2 Responses to VIDEO: These dekotora drivers use their modded trucks for acts of charity