VIDEO: The only running Toyota 2000GT in the UK 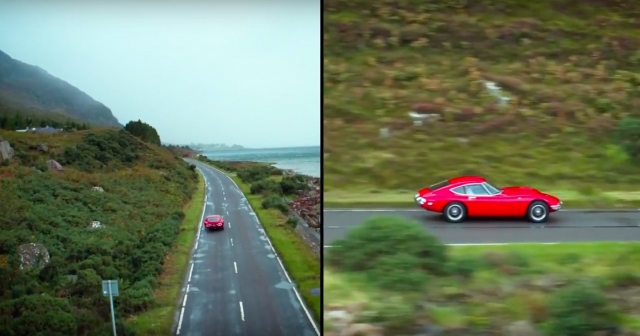 With just 351 built, the Toyota 2000GT is a rare car. According to Toyota UK, this is the only roadworthy one in the country. They’re calling it The Toyota that Lived Twice, a nod to the 2000GT’s starring role in the James Bond film You Only Live Twice and the fact that the owners found a bullet hole in the door during restoration.

“It would have hit the driver somewhere in the upper thigh,” says Jane Weitzmann, who owns the car — along with a classic Land Cruiser and Sports 800 — with her husband. “So that accounted for the damage that had obviously been done to the front end at some point.” Perhaps the 2000GT does make for a proper spy car after all!

5 Responses to VIDEO: The only running Toyota 2000GT in the UK