VIDEO: The Mitsubishi Montero Sport was a nice truck 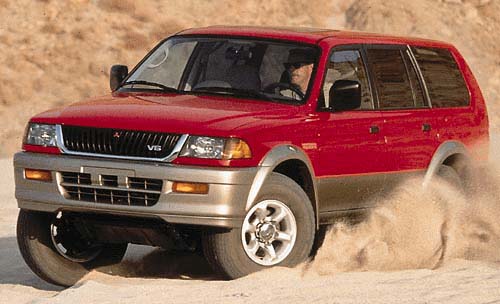 With Land Cruiser pricing getting into nosebleed territory, 4×4 fans have moved onto Lexus GXes, Monteros, and even the occasional Trooper, driving all their prices up. So far, the Mitsubishi Montero Sport seems to have evaded their gaze. Debuting at the height of the SUV craze, it was a ladder-frame, leaf-sprung, and lower-priced alternative to the 4Runner and Explorer.

The Montero sport was based on the chassis of the very capable Pajero, except with (arguably preferable) leaf springs so the spare tire could be located between the frame rails. The base ES with a 2.4-liter, 134-horsepower inline-four could be had for just $18,065, an irresistible flame guiding low credit score moths to their financial deaths when combined with Mitsubishi’s notoriously lax loan schemes of the 90s.

Sadly, many were driven into the ground as a result of owners who took advantage of such financing offers but didn’t keep up with repairs that could have prevented a lot of heartache but were fairly expensive. The Montero wasn’t as bulletproof as a Toyota, but for those who don’t mind getting their fingernails dirty it can still serve as a very good off roader. Even in 2002, it was a nice truck for the Barksdale crew.

Four-wheelers would have to opt for the $23,575 LS or $31,555 XLS trim levels, with their 4WD and their 3.0-liter DOHC V6, making 173-horsepower and 188 lb-ft of torque. They even came with tow hooks and skid plates pre-installed. The Motorweek critics deemed it a competitive rival to the Explorer and Grand Cherokee. These things are still dirt cheap, which makes them an interesting candidate for a budget trail rig project.

8 Responses to VIDEO: The Mitsubishi Montero Sport was a nice truck