VIDEO: See the Prince R380 on US soil for the first time at the Amelia Island Concours D’Elegance 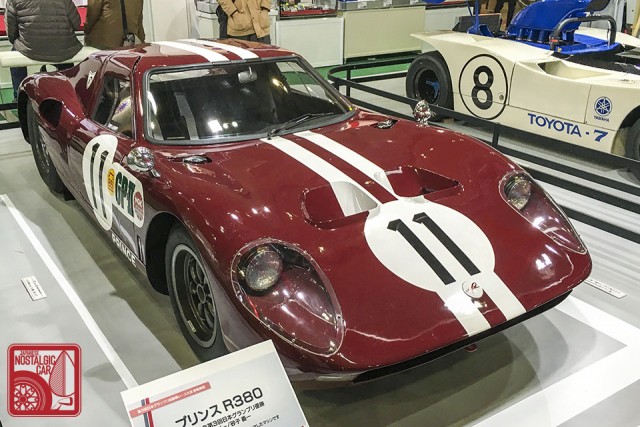 As far as we know, the 1966 Prince R380 has never been shown on US soil. That’s about to change this weekend when this pivotal Japanese race car makes its North American debut at the Amelia Island Concours D’Elegance. 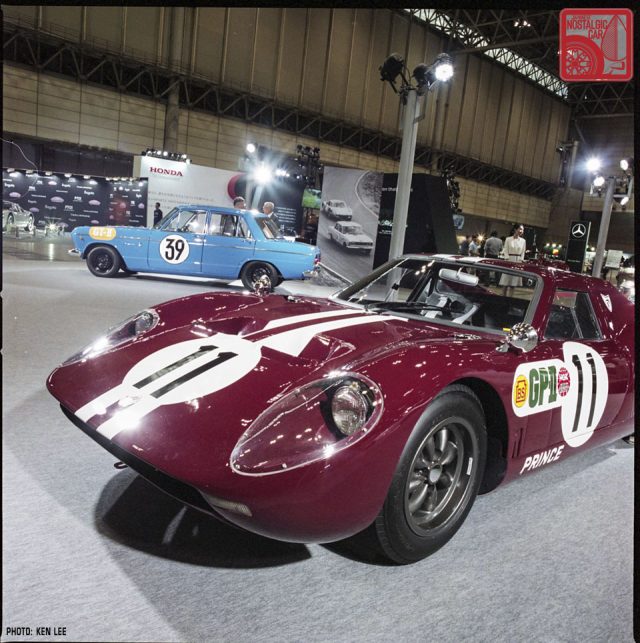 You know the story by now. At the 1964 Japan Grand Prix, father of the Skyline Shinichiro Sakurai created a legend when he shoehorned a Gloria straight six into the Prince Motor Company’s Skyline sedan. During a heated battle for first, a Skyline driven by Tetsu Ikuzawa passed a Porsche 904 — a purpose-built, mid-engined race car — and took the lead. Though the 904 eventually regained and won first, the Skyline swept the next five places with Yoshikazu Sunako coming in second. 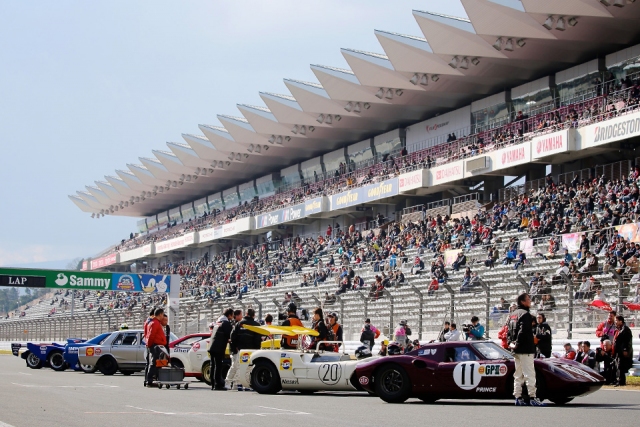 Though that race was credited as the birth of the Skyline legend, it wasn’t enough for Sakurai-san. The Japan Grand Prix was on hiatus in 1965, but when it returned in ’66 Prince had a weapon that would give a run for the money to Porsche’s next evolution of racer, the 906. Unlike nearly any other Japanese race car at the time, the Prince R380 was not based on a road car, but a bespoke bullet making 200PS from its mid-mounted GR8 straight six and weighing only 1,455 pounds.

The R380 won the race handily that year, taking the top two podium spots with a Toyota 2000GT in third, ahead of Jaguar E-Types, Shelby Daytona Coupe, and the 906. In the real world, however, luxury automaker Prince was forced to merge with car and truck maker Nissan as part of the Japanese government’s efforts to consolidate the auto industry to make it more globally competitive. The Skyline became a Nissan, and the rest is history.

Now, over half a century later, the Prince R380 is coming to the states for the first time. Interestingly, it’s here under the Infiniti banner, which makes sense because if Prince had survived as a marque it’s what Infiniti would be today.

Images and video courtesy of Nissan. Ken Lee is co-founder of  Cars on Film and you can see more of his work here on JNC.

1 Response to VIDEO: See the Prince R380 on US soil for the first time at the Amelia Island Concours D’Elegance