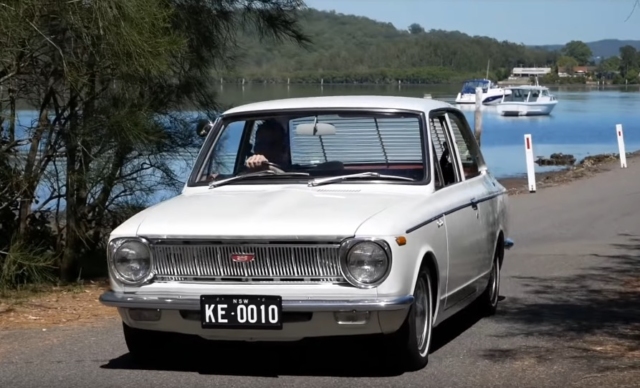 One of our favorite episodes of Grassroots Garage was recently posted, and features a restored 1967 KE10 Toyota Corolla. It’s a beautiful example, one that hails from the first year Corollas were imported into Australia. The owner, Nat, achieved the difficult feat of restoring what needed to be restored while keeping what needed to remain original original.

The result is a stunning specimen of a 1100cc Corolla with two-speed Toyoglide automatic. The car has a bit of local history, but when Nat got the car he knew it was something special — the original spare tire had never been mounted — and didn’t want to go crazy with the mods, even though his previous car was a rotary-powered 323 Familia hatchback.

Aside from a lowering and accessory rear window blinds, the car remains stock. Anything that was changed, Nat’s kept the original parts to put it back to true stock if needed. He also describes himself as a curator for the car, and will only pass it on to the right person. It’s a true labor of love, and it shows.

permalink.
This post is filed under: Video and
tagged: corolla, e10, toyota.