VIDEO: A first look at the new heritage gallery at Nissan’s Yokohama headquarters 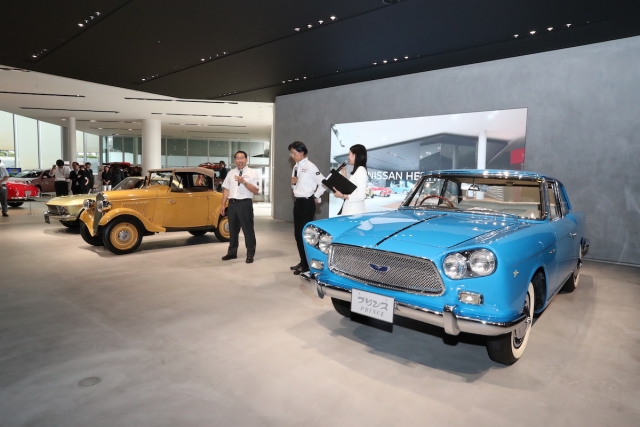 As we reported in September, Nissan has opened a permanent heritage section at its headquarters building in Yokohama. Now, the company has released footage from the grand opening, giving us a first video look at the display.

We can also see that for now, in addition to the three main cars, there’s also an S30 Fairlady Z, Be-1, Fairlady Roadster, R30 and R31 Skylines, and the Fuji-go rally car currently on display. All of these cars will rotate with others from the Zama warehouse periodically. There’s also footage of Masahiro Hasemi arriving in the Prince Skyline 2000GT, slamming the shifter into its oddball pattern. Finally, there’s great archival footage of Nissan cars from the 60s, 70s, and 80s, which will likely be part of the video collection playing in the Heritage Zone. It should be well worth a visit.