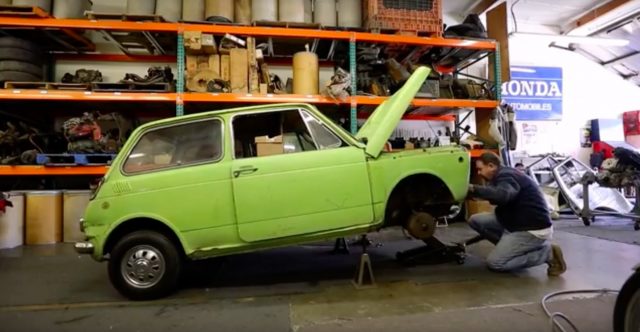 “I’ve never had one kick my ass like that before,” says Tim Mings of the Serial One Honda N600. It’s the latest installment of Honda’s video series documenting the restoration of the first Honda built for the US market.

Sadly, the video is not much longer than this sentence. Blink and you’ll miss the entire engine-pulling process. Tim’s restored dozens upon dozens of Honda N600 and Z600 cars. What made this engine so ass-kickingly hard to remove? We’ll never know.