VIDEO: Listen to the revs of this unmolested EG Civic SiR 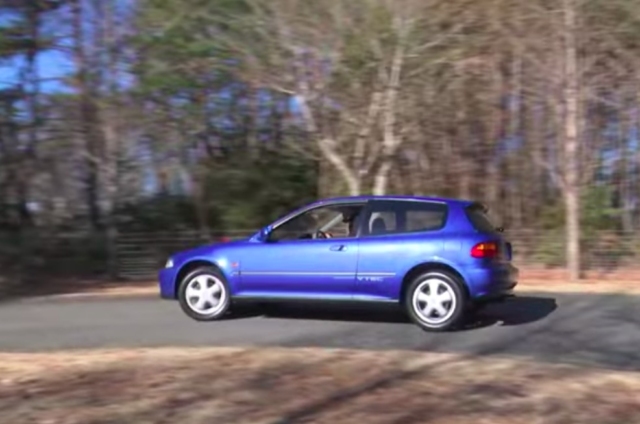 We periodically like to check in with the Honda Collection Hall to see what the company’s museum is up to. If you’ve visited the facility at Twin Ring Motegi in Tochigi Prefecture, you’ll know that they take great pride in making sure every single car, bike and generator in the collection runs, and they have the videos to prove it. In the latest batch of clips, they take out their 1993 Honda Civic SiR and have a go around the museum grounds.

From the moment the Honda starter brings the B16A to life, you know it’s something special. When it was new, people went nuts over the US-market Civic Si’s 125-horsepower VTEC engine and stellar handling, but the Japan had an even more powerful 168-horsepower version that would have blown away anything in its class if only it were sold here. At least now we can watch this Captiva Blue beauty run, even if it’s only in a video from afar.

Here are some more videos from the Honda Collection Hall’s latest uploads:

A rare limited edition 1984 Honda Monkey that was plated in gold finish.

2 Responses to VIDEO: Listen to the revs of this unmolested EG Civic SiR