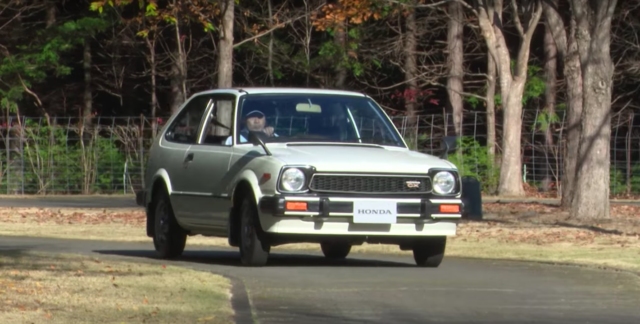 Honda prides itself on being an engineering company, and one of the ways it demonstrates that is through its official museum. Unlike many historic collections, everything at the Honda Collection Hall at Twin Ring Motegi circuit in Tochigi Prefecture runs. To prove it, Honda has been releasing videos of vehicles driving on museum grounds.

1982 FT400, a 4-valve single cylinder bike on which everything was square, even the gauges.

1983 CX650 Turbo, one of the rarest turbocharged bikes, according to Motorcycle Classics, with only 1,777 produced and fewer than 1,200 imported to North America.

1947 Model A, essentially a motor strapped to a bicycle, it was the first official Honda vehicle.

1983 Beat, predating the kei roadster of the same name by almost a decade, it featured super-angular 1980s design, even down to the gauges.

1976 Accord CVCC, the car that brought Honda into the big leagues.

1984 Prelude, an under-appreciated generation in the pantheon of Honda coupes.

1979 Civic 1500, plain on the outside, but funky plaid seats and Concentrated Target Meter on the inside.

1990 Zook, designed after a skateboard and equipped with IRC MB52 “footstep” tires.

1987 Monkey R, for when you still want to go fast while being on a tiny bike.

This is just a sample of the videos Honda has posted. There’s a lot more on the company’s YouTube channel, where you can immerse yourself for hours in nothing but Old Man Soichiro’s beloved engine sounds.

permalink.
This post is filed under: Video and
tagged: honda collection hall.

4 Responses to VIDEO: Let’s see what’s running around behind the Honda Collection Hall