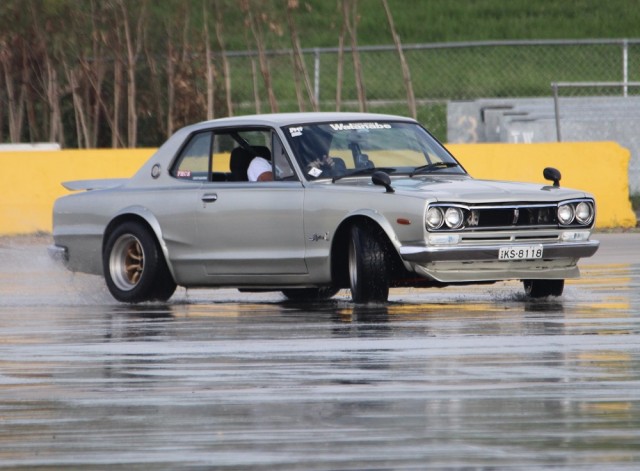 Since 2011 or so, a very nice LSD unit has been sitting under a cloth in the corner of  the JNC Hakosuka garage.  I never finished gathering all the parts I needed to install it until I had some spare time before Christmas, and as luck would have it, the Sydney Datsun Club announced a day of fun at the skidpan for early January. It seemed like the perfect opportunity to test out the newly drift-compatible Hako. 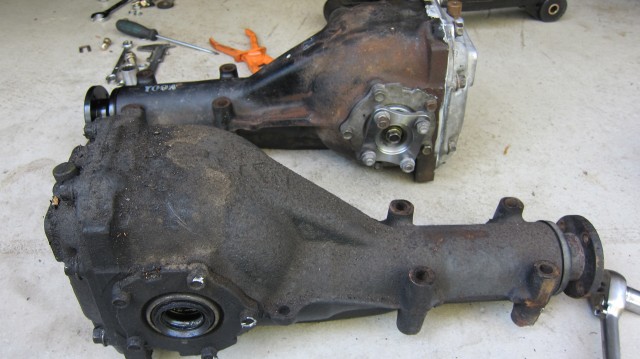 As luck would have it, the LSD that is used in the Subaru STi rally weapon is the same external casing as the one that comes with a C10 Skyline, so the Subaru diff bolts up just like a stock Nissan differential.  Subaru saw fit to equip its range-topping STi models with some nice LSD units, including truetrac and motorsport-style clutch units, and this one is a 4.4:1 2-way clutch type LSD from the JDM STi Type RA limited edition.

Finally, there is some engineering to be done to mate up the modern Subaru diff to the old-timey Nissan axles, which were provided by SW Motorsport here in Sydney, and Project Hakosuka finally had a very nice LSD which opened up a whole new world  to its cornering repertoire. 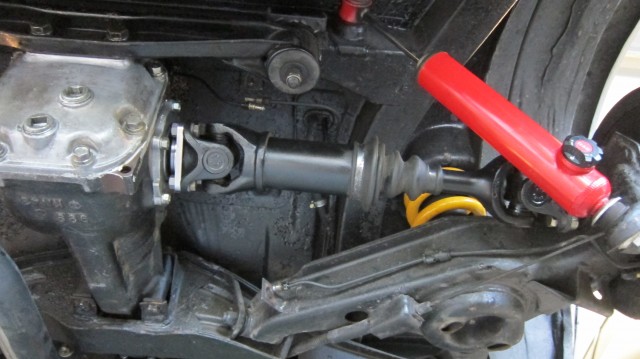 And without further ado, here’s the end result!

What was it like?  Well I discovered very quickly, that the Hako would be too keen to over-rotate on turn-in, and any subsequent application of throttle would see it spin out helplessly.  The trick was to get the Hako turned in a little gently and let the tail slide out, hold the angle with a big initial application of opposite lock, and then after that point you could unwind some opposite lock and it was very controllable on the pedal. The LSD would lock up very nicely and you could keep it sideways forever on just a quarter throttle.  You can’t stay on the throttle too long, however. Anything more than a short stab of the pedal and the rear tires would fizz up and you’d be facing the way you came.

I suspect that the initial twitchiness is due to the huge rear tyres being a little old and hard and, having a lot of negative camber.  But once you set up the initial drift angle and held it on the throttle, it became a lot less twitchy and never threatened to spin as long as I was careful with the power. The eager turn-in did mean that it pirouetted around the cones quite effortlessly, and a lot of the time you didn’t need to apply any handbrake to help it rotate.

The steering is normally quite heavy, but that lightened up and overall the Hako was quite easy to handle on the slippery surface (once you figured out the ground rules), having enough steering lock to hold some really big angles. 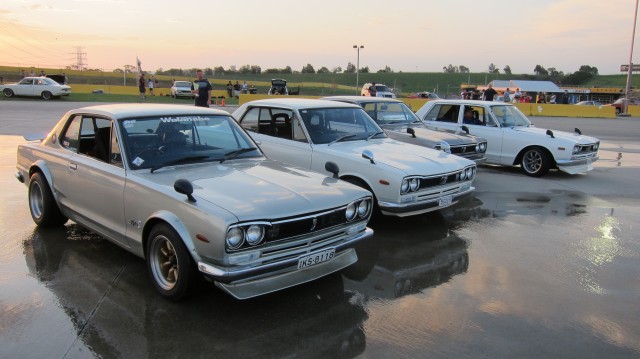 The event was a motorkhana, which is to say that you’re given a set route to slalom through the cones.  It’s slower than an autocross, and the challenge is to remember the route and not hit any of the cones, which come with a time penalty. It’s a lot of fun too, as you can see, and a rare opportunity for some of the Sydney C10 owners to catch up.

On dry tarmac, the handling is really predictable, the tight LSD providing some extra stability under braking, and the transition to power oversteer exiting a corner is stable and easy to manage.  We’ll try to get some footage on a dry circuit when the opportunity arises.