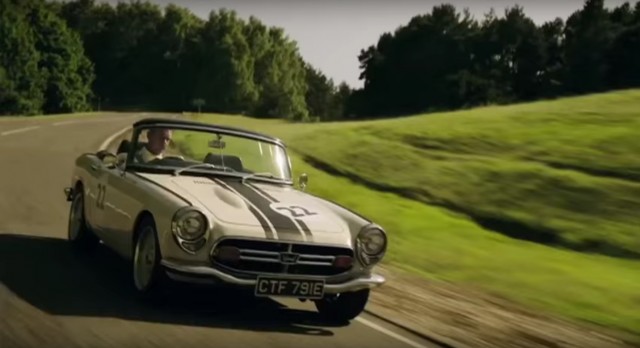 Formula One driver Jenson Button stars in a new Johnnie Walker Red Label campaign called “Joy will Take you Further.” Button is a long-time Honda pilot and is currently part of the McLaren-Honda team, so it makes sense that he’s also driving a sexy little Honda S800 in the commercial.

The number 22 on the car is Button’s racing number, but it’s unclear whether the car itself is his. It wouldn’t be surprising if it was. Here’s a video where he drives his own S600 (which was sold at auction in 2010).

permalink.
This post is filed under: Video and
tagged: Formula One, honda, Jenson Button, s800.