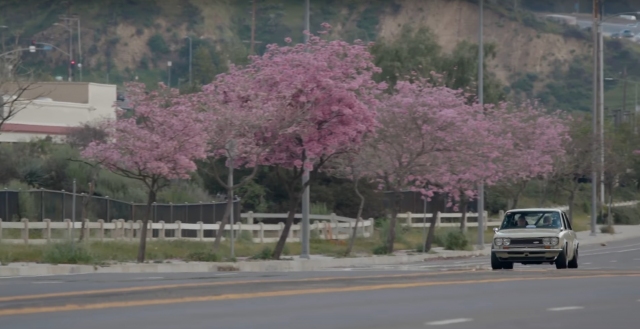 On the latest episode of Jay Leno’s Garage, the host welcomes the prototypical hot rod for our generation. Leno mentions that for his era, it was the ’32 Ford, but for Millennials, it’s the Datsun 510. He may have been off by a generation depending on how you look at it, but Jonathan Lessner’s 1970, a archetypal build with a KA24E swap, is the kind of car JCCS used to be swarming with.

A self-proclaimed Honda guy who once owned a JDM front end, Jonathan always wanted a Datsun 510 as a kid. However, it wasn’t until December of 2015 that he acquired as more or less a shell and spent the years since building it. This is not the first time the Denim One has featured a 510, but this is exactly like the type of car that built the 510 cult following on the street, and its plethora of custom parts is a testament to the versatility of the platform.

permalink.
This post is filed under: Video and
tagged: 510, datsun, jay leno.