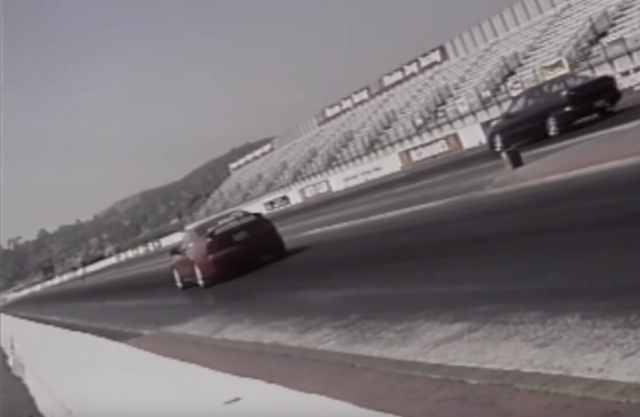 Back in 1996 the idea of a front-wheel-drive Honda being anything but an economic commuter was still an alien concept to most Americans. But, it had grown big enough that even a public broadcast show like Motorweek was reporting on it. This was many years after Japanese cars, or “imports” as they were called at the time, had begun illicit street races on the streets of California, but also many years before The Fast & The Furious became a nationwide hit.

This video is amusing for many reasons. It’s easy to forget, after decades of accepting compact cars, whether front-, rear-, or all-wheel-drive as capable of being strong performers, that many in the US simply could not wrap their minds around the idea. If you wanted to go fast, you simply had to have a V8, rear-drive muscle car. It’s also funny to see the youthful versions of so many of the scene’s pioneers like Ron Bergenholtz or Adam Saruwatari, dressed in their best baggy shirts. The fashion and hairstyles alone make this video worth watching.

In a way it’s cringey to watch, but at the same time it’s also brimming with nostalgia. The video overflows with shots of cars like Bergenholtz’s CRX, Saruwatari’s 9-second RX-7, and the Signal Auto (RIP) R33 as well. All are finished in either the wild graphics and kandy paint jobs of the era, and they were just out there at the track doing their thing. There was a real excitement in the air, too, about challenging the old guard and knocking down one “impossible” time barrier after another. It was a once-in-a-generation time, and even though I have no desire to run quarter-miles in a car of any kind these days, this footage still brings back a lot of excitement and memories.

3 Responses to VIDEO: It’s easy to forget how weird import drag racing was