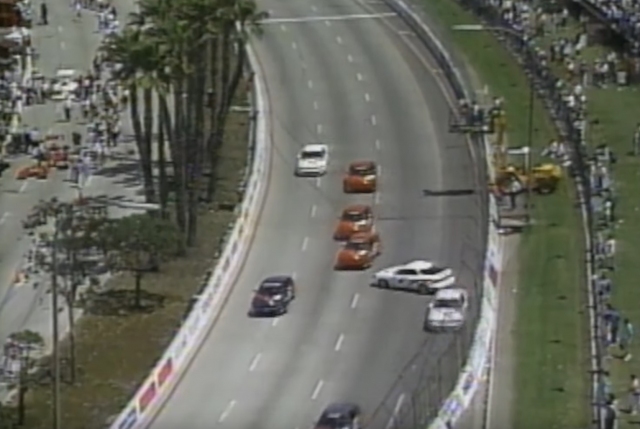 For three decades, Toyota sponsored an annual automotive carnage-fest known as the Pro/Celebrity Race. It gathered a bunch of drivers, some who were actual professional racers and some who were movie and television… well, stars, might be too strong a word here, but you get the idea. All these people of wildly different skill sets were put behind the wheels of a fleet of brand new Toyotas and let loose on the Long Beach Grand Prix circuit.

From 1977 to 2005, the car of choice for this unidirectional demolition derby was the latest generation of Celica. Scion tC coupes replaced the Celicas in 2006, and Scion FR-S rear-wheel-drive coupes replaced those in 2012. Ostensibly, the goal was to showcase the latest entry-level Toyota sports cars, and to support the Long Beach Grand Prix, which Toyota sponsored for decades until they moved their headquarters to Texas. And, I guess they people always like celebrities? *shrug*

In 1990, when Motorweek attended and made a short video, drivers in the Pro category included Johnny Rutherford and Bobby Rahal (who ultimately won that year). Celebs included Peter Cetera, Dwight Yoakam and some guy from Knott’s Landing. There spins, crashes, rubber chickens, and neon short shorts. It was very, very 80s-tastic. In the end, the celebrity winner was a fringed gauntlet-wearing Stephen Baldwin. But let’s face it, the winners were actually a performance driving school at Willow Springs, which got the cars for cheap after the celebs were done thrashing them. 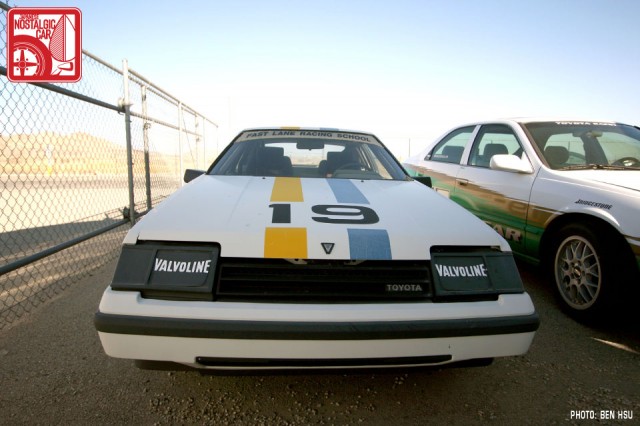 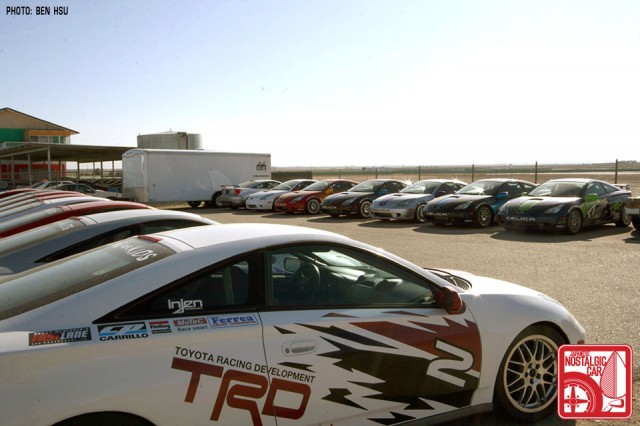 6 Responses to VIDEO: If you love Toyota Celicas, look away from this Pro/Celebrity race