VIDEO: How the Honda S-Series made its debut to the world

Posted on February 1, 2017 by Ricky Silverio 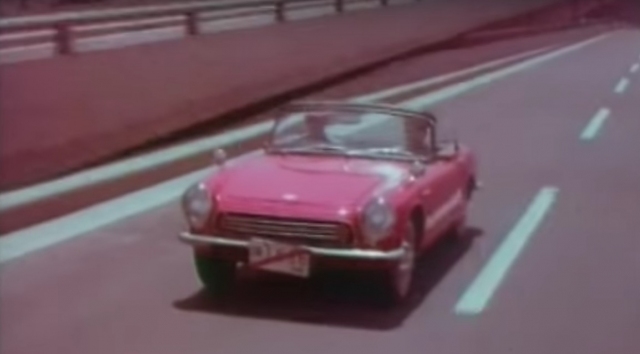 The Honda S-Series sports car — a lineage that consists of the S660, S2000, S800, S600 and S500 — is legendary today, but how did it make its first appearance to the world? After all, Honda is one of the few automakers whose first passenger model was an actual sports car and its launch was of historic import. Luckily, an old Honda-produced short film shows us that exact moment, and the road leading up to it.

The video opens with an early test of Soichiro Honda himself driving a Honda S360 at Suzuka Circuit in April 1962 — tootling around bulldozers while the track was still under construction — for a Honda dealer preview. The prototype S360 and S500 were then displayed at the 1962 Tokyo Motor Show that October, to much fanfare.

Next, the video shows a little known part of S-Series history, that an S500 was actually brought to the US for testing. Flanked by two motorcycles, it shows the S500 barreling down an interstate in what is likely California, heading up to the Lake Tahoe area. Of course, history shows that only the larger S500 made it to market.

The video contains great scenes of Showa Era Tokyo during the announcement of the production car launch in 1963. Honda headquarters was buzzing with activity, with Hinos, a Honda-liveried T360 and fleets of Nissan Diesel 680 newspaper trucks delivering the ad that announced Honda’s intention to produce the sports car.

The ad included a contest asking people to guess the price of the S500. Honda received a record 5.735 million entries, including one from a 27-year-old housewife from Dallas, Texas, which then all had to be sorted.

The actual price, ¥459,000, surprised many with its affordability. The answer was announced at a Hawaiian-themed launch ceremony at the Tokyo Hilton that summer. Of course, with so many entries, there were bound to be duplicates. The winner was narrowed down to the closest stack of  by a standard Japanese “wheel of fortune” type game — with the wheel being a giant S500 steering wheel! Once the correct stack of entires was located, they were fed into an air chamber to scatter them before one was drawn. The air machine, of course, was powered by a Honda generator.

Compared to the multi-million dollar model launches today, it all seems downright low key. Clearly, though, the number of entires submitted indicates that the S-Series had sparked something in the Japanese public.With the S2000 possibly poised for a comeback at this year’s Tokyo Motor Show, it seemed appropriate to see how its earliest predecessor was introduced to the world.

Thanks to SHC for the tip!

2 Responses to VIDEO: How the Honda S-Series made its debut to the world