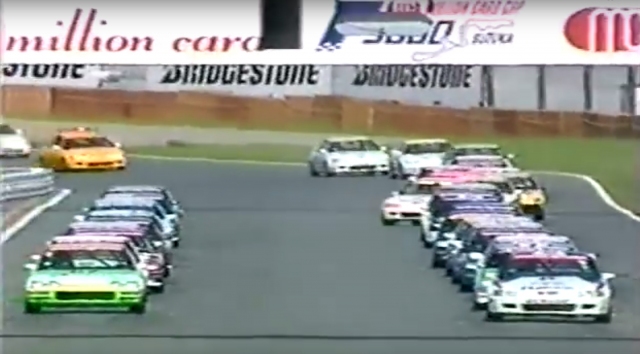 The Million Card Cup was a Honda Civic-only race that took place in Japan from 1991-95. It was a fantastic snapshot of a (relatively) inexpensive series when the Civic was at the height of its tuning popularity. A round, held at Suzuki Circuit showed the prodigious number of EG6 hatchbacks intermingling with a few older EFs, all with high-revving naturally aspirated VTEC engines wailing away.

The cars weren’t too heavily modified, just gutted and equipped with safety equipment, wheels, and a few bolt-ons. The B16A engines appeared to be mostly stock, but they weren’t the 125-horsepower single-cam D16Z6 engines we got in the US on the Civic Si. These were 168-horsepower, 116 lb-ft twin-cam version found in the Japan-market SiR, and they were incredible feats of engineering of the era. With cars largely the same, these one-make races looked like an absolute blast.