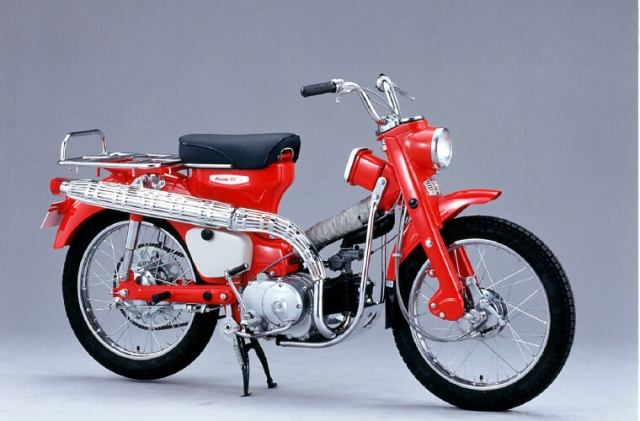 Here’s a very informative history lesson on the Honda Trail Cub (or Hunter Cub, or Postie, depending on which continent you live on). Produced by Honda, it goes through every iteration of what started out as a Super Cub modified for off-road use. It starts out with a C105T, developed in 1961 by American Honda thanks to an Idaho dealer of Super Cubs, but it’s a super rare chrome plated version, given in 1963 as a gift to top US dealers.

It’s a pretty cool evolution, with Trail Cub signatures like the raised exhaust pipe appearing in 1963, the mudguard fender appearing in 1964 before giving way to the open fender in 1973, and skid plate appearing in 1981. Of course, it ends with the new CT125 Hunter Cub, which was quietly rolled out at the Tokyo Motor Show a few years ago to gauge customer interest and subsequently became a production model that’ll be offered for sale in the US. It’s a nifty little offshoot of the evergreen Super Cub, and in the wide-ranging conditions in the US, possibly more compelling than the Super Cub itself.

1 Response to VIDEO: Here’s every generation of the Honda Trail Cub