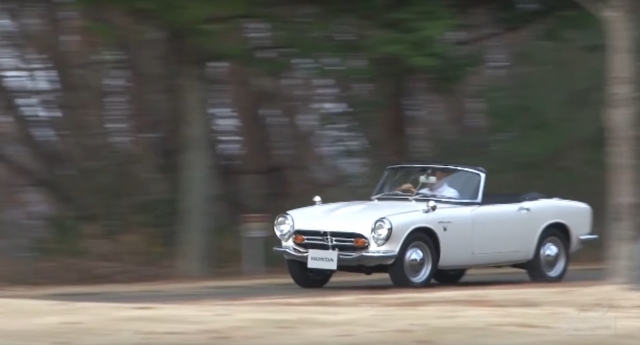 Every iteration of Honda’s S-series cars has been a hoot to drive. In a newly released video, the Honda Collection Hall in at Twin Ring Motegi compiles runs by each of their S roadsters around the narrow footpath behind the museum. The video starts with the original S500 and S600 before moving onto the S800, S2000 and S660.

The S2000 kind of sticks out like a sore thumb in this set, a little too large and powerful for the “test course”. The others are sized perfectly for this backyard lap, and each one looks like a blast to hurtle down this winding sidewalk. The soundtrack is great, too, with the early cars offering a nice burble that belies their small displacements. Now if they could only give us some lap times.