VIDEO: Drifting in America has come a long way since 1998 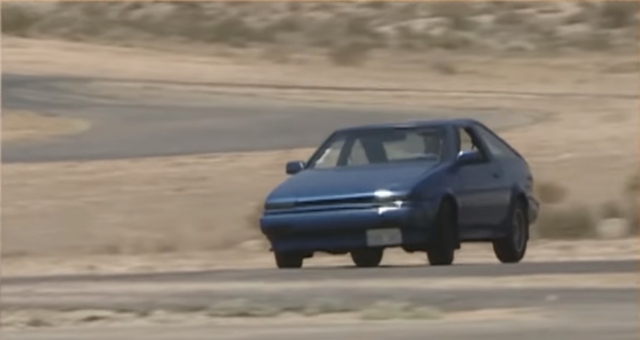 Drifting was still a little-known underground activity in the United States back in 1998. However, that didn’t stop some of Japan’s most famous drift racers and judges from visiting southern California to see what the nascent scene was all about. Honestly, it’s a little embarrassing for us Americans, but hey, we all have to start somewhere.

Remember, 1998 was the same year the Initial D anime debuted. The only way to watch it, and Option Video, was in poorly pirated VHS tapes, which may or may not have required a region-free (or Japan-region) VCR. The tuner scene had invested heavily in front-wheel-drive platforms, but drifting was so mind-blowing that those who saw them on these tapes were eager to try it, even if all they had were front- and all-wheel-drive cars.

That would explain the plethora of mostly-stock Hondas, Eclipses, and MR2 attempting to drift. There were also a jaw-dropping number of AE86 Corolla GT-Ses, which probably could be found with no problem for about $500 each. There’s only one S13 and one S14.

It’s hard to know what Tsuchiya and Nomuken are really thinking about the US drift scene, but being the good sportsmen they are, the hand out 70- and 80-something scores like Halloween candy. Drifting has evolved a lot, but it’s great to see the early days immortalized on video so we can see how far we’ve come.

5 Responses to VIDEO: Drifting in America has come a long way since 1998