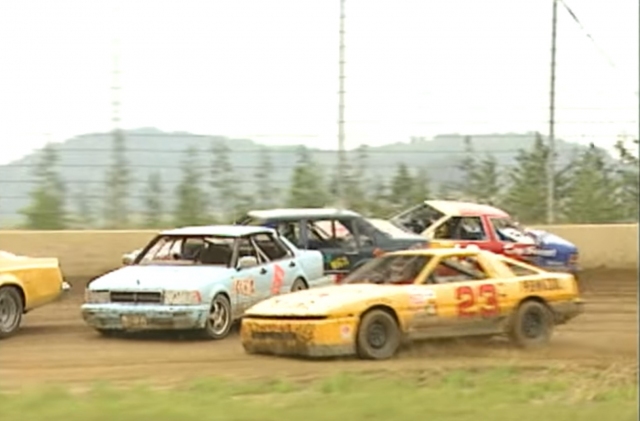 Dirt track racing is stupid fun, doing with real cars essentially what every kid does with Hot Wheels. That, apparently, is true no matter what country you’re from. Back in the day, with plenty of big, rear-wheel-drive cars available for peanuts on the used car market, Japan even had a Dirt Track Stock Car series.

The rules, in so far as there are any, appear to be similar to those in the US, as seen in this old Option video from the late 1990s. Get an old hooptie, remove the glass, install a roll cage, and slide around in the dirt banging into other cars. Except, because this is Japan, there are Supras, Soarers, Skylines, Cimas, Glorias, and Mark IIs, along with a few slabs of Detroit iron thrown in. It’s good, dirty fun. Races last just 20 minutes, and the cars barely longer than that.