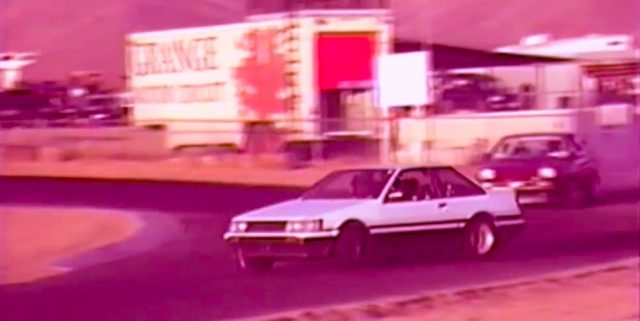 By now you’re all familiar with the typical drift video — dramatic hi-def footage of heat waves coming off of the tarmac, wheels being mounted, zipties being zipped, and cars sliding in slow-mo to the beat of electronica. This is not that.

ChristianHipster’s footage of the Corolla Matsuri at Grange Motor Circuit in Apple Valley, California was purposefully edited to look like it was made in the 80s. The video is decidedly low-fi and discolored like damaged tape. The soundtrack even gets synthy with Paul Engemann’s Push it to the Limit from the Scarface soundtrack. Needless to say, it’s totally rad.

UPDATE: TheRobbieStark informs us that the video was filmed with an actual VHS camera, which makes it even cooler!