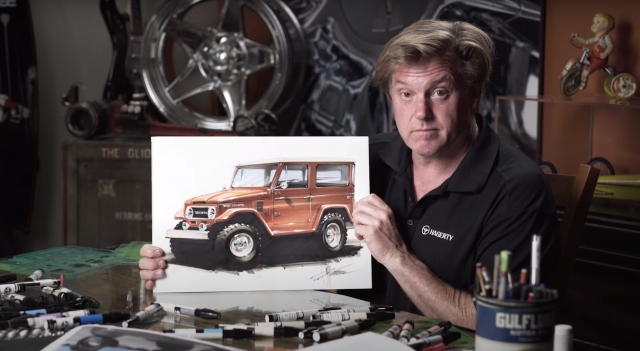 Custom car designer Chip Foose is famous for his amazing takes on American cars from Detroit’s the golden age. He’s not typically drawing Japanese cars, but in a series produced for Hagerty, Foose takes his pen to one of the blue chip classics that’s transcended enthusiast scenes and generations, the FJ40 Land Cruiser.

Before we get into the drawing, we have to make a correction to Foose’s FJ40 history at the start of the video. Foose says that the FJ40 was created when the Japanese military found a US Army Jeep in the Phillippines, sent it back to Japan and asked Toyota to build a vehicle like it, but change the appearance. He then holds up a photo of the FJ40. 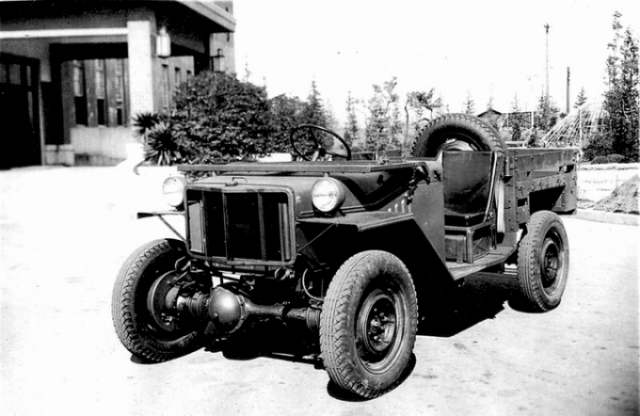 However, that story isn’t quite accurate. The Japanese military did discover a US Army Bantam Reconnaissance Car, an early Jeep made by the Bantam Car Company. Sources vary on whether it was in the Philippines or Malaysia, but they ordered Toyota to build a vehicle like it, modifying the look so that it wouldn’t be confused for an enemy vehicle on the battlefield. However, that vehicle was the Toyota AK10 (pictured above). It never reached full-scale mass production.

Funnily enough, enemies eventually become allies, and when the Korean War broke out in 1950 the US Army quickly needed an off-road vehicle. It had to be built in Japan, so it could be quickly shipped to the front lines. That vehicle became the BJ-series, which eventually evolved in to the FJ20, FJ30, and finally, in 1960, the FJ40. While there are similarities between the FJ40 and Jeep, we think it’s inaccurate to say the design of the FJ40 was copied from the Bantam.

In any case, Foose is a superbly talented artist, and sketches his version of an FJ40. He doesn’t change much, only deleting the fender-mounted turn signals and adding driving lights to the bumper. He also adds some flare to the rear wheel arch to bring it in-line with the front fenders.

This isn’t the first time Foose has drawn an FJ40, either. Six years ago, he was at a Toyota-sponsored event in Peru and drew a similar FJ40, rear fender flares and all.