VIDEO: Can you identify 100 years’ worth of Mazda interiors? 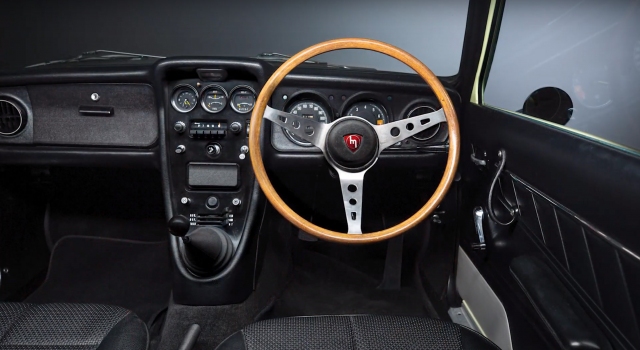 Mazda has released a video called “The Evolution of Mazda Interiors” as the latest installment of their 100th anniversary celebrations. As you might expect, it’s a series of driver’s-view shots from Mazda cars over the decades. While I can do a pretty good job usually of identifying cars by their exteriors, I’m terrible at identifying them from their interiors. Can anyone name them all?

Without googling images of the cars, here are a couple of hints. The description of the video mentions the R360 as Mazda’s first passenger car but I don’t think that’s what the first one is, based on the way the cabin tapers inward. The second one is probably given away by the plaque on the dash. The third is an obvious must-have and its engine type is revealed by the steering wheel center badge. You can take the rest from there!

permalink.
This post is filed under: Video and
tagged: cosmo sport, mazda.

2 Responses to VIDEO: Can you identify 100 years’ worth of Mazda interiors?