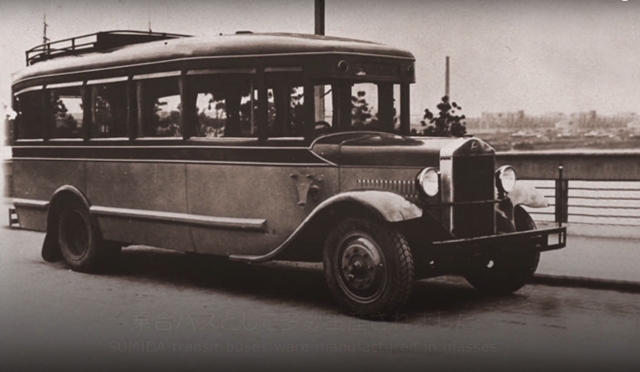 Pre-war photos are very difficult to come by, but Isuzu has just released a video comprised of images of the Isuzu Sumida bus from 90 years ago. The Sumida was one of Isuzu’s earliest designs, introduced in 1929. In fact, it even predates the company known as Isuzu, which at the time was still called Tokyo Ishikawajima Shipbuilding & Engineering. Design began in 1927, in the aftermath of the Great Kanto Earthquake of 1923 that leveled much of Tokyo. With rail systems disrupted, it became clear that trucks and buses were desperately needed if Japan’s economy was to recover and grow.

The video ends with footage of a green Sumida from the wonderful Isuzu Plaza museum. It actually runs too, though we wouldn’t be surprised if there was some modern mechanicals underneath the skin, installed during the restoration. The Sumida is an important part of Isuzu heritage, and they even included a 1:87 scale running replica in Isuzu Plaza’s miniature city, Japan’s largest diorama.

permalink.
This post is filed under: Video and
tagged: isuzu, Sumida.