VIDEO: Treat your car right, or you might get Freaky Friday’d with it 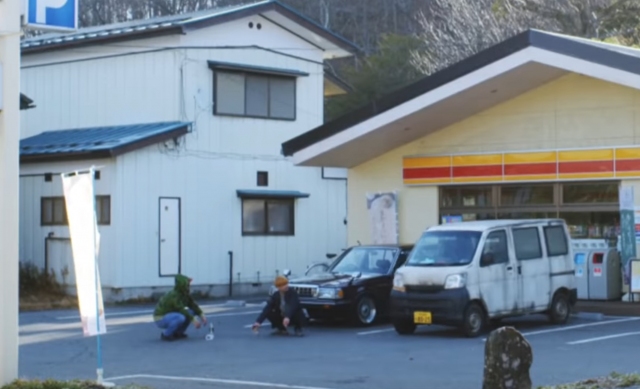 A new commercial for JMS, a Japanese automotive parts store similar to Pep Boys or Autobacs, asks what happens when a car and its owner switch bodies. As the advert begins an owner displays less than kind behavior towards his Daihatsu Hijet, leaving it dirty, smacking into tree branches, and filling it with trash. Then he meets a pair of ne’er-do-wells hanging at a konbini with a cherry, BBS’ed, and lowered S130 Toyota Crown who chide him for treating his ride like crap.

That’s when the poor kei van decides to take matters into its own, uh, wheels? A well-timed accident later, the Daihatsu and the owner have swapped places, like in Freaky Friday. He finally understands the abuse he’s been putting his car through and learns the error of his ways.

Love your car, the ad insists, presumably by taking it to JMS, which as we learned when we visited one in 2009, stands for Joyful Motoring Shop. And in case you want to experience the full depth of the plot, JMS has helpfully supplied English subtitles. Man, Japan’s auto parts stores sure love to shoot for the surreal.

8 Responses to VIDEO: Treat your car right, or you might get Freaky Friday’d with it