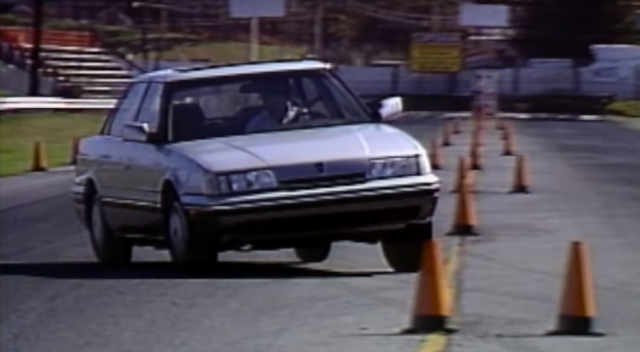 In 1987 the Austin Rover Group embarked on an interesting experiment. They would sell Acura Legend-based luxury sedans with Honda guts. Everything else would be developed in-house, and the result would be unleashed on an unsuspecting American public as the Sterling 825. The results were exactly as you thought they might be.

It is often said that Honda and ARG co-developed the cars, but that is somewhat misleading. Honda did the heaving lifting, supplying the C25A 2.5-liter V6, and the transmission, and the underlying chassis. From ARG, it learned how to market a large upscale sedan in Europe and the US. In other words, figuring out what suspension feel and interior trim would scream “luxury” to a western buyer.

For the Sterling 825, Rover was responsible for both exterior and interior styling, the fine tuning of the suspension, the electrical system and, unfortunately, the actual building of the car. It was easy to see why, on paper, the car would look appealing. Americans’ infatuation with British stuff could be summed up nicely in this quote from Motorweek‘s review of the car: “Sterling models have the old world elegance of burled walnut.”

To get that burled walnut, though, buyers paid a steep price. While sticker price was similar to that of a Legend, repair costs soon mounted. Automobile‘s long term tester had an embarrassingly long list of maladies during its first year of ownership. Items included leaking windshields, a sunroof that refused to open, and a symphony of electrical issues that led them to estimate the fuel gauge worked properly only six months out of the year. Incidentally, the Legend also had wood trim, made by famed Japanese furniture maker Tendo Mokko.

At the time, Sterling bragged that the 825 was built on the same assembly line as the Honda Legend. That was true for European-market Legends, but thank Soichiro our US-market Acuras were built in Japan. Sterling sales plummeted as a result of the car’s numerous issues, and the brand was pulled from the US in 1991. In hindsight, Motorweek statements like “finding a car that feels as solid as the Sterling is very important to us,” and “We predict Sterling will soon shine like gold,” hold up about as well as an 825.