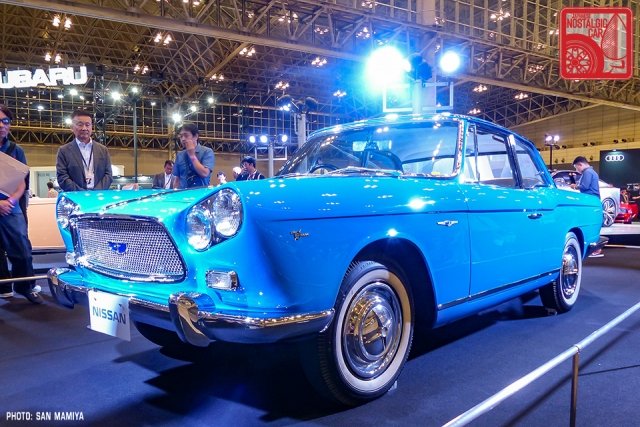 During the 1960s the upper echelon of car buyers were at a crossroads. For the previous 80 years of automotive history, if you wanted the best car money could buy you would get a car bodied by the great coachbuilders of Europe. Prior to World War II, names like Pourtout, Saoutchik, Touring, or Pinin Farina signified of the finest automobiles of the age, massive cars with equally massive engines. While you would occasionally get a relatively sporty coachbuilt car like a Duesenberg SSJ, the majority were built for decadent luxury. 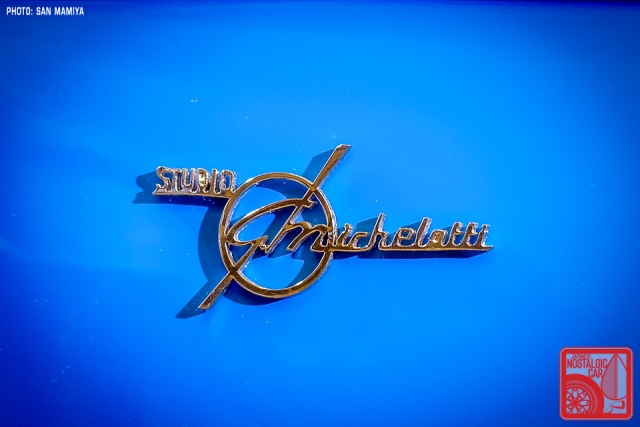 Once the war concluded, wealthy buyers’ tastes took a dramatic shift towards drivers’ cars, as sports cars and grand tourers replaced chauffeur-driven pleasure yachts. Additionally, WWII left most of Europe and Japan in ruins, both literally and economically. Coachbuilders saw less work from individual clients and, while a number of them disappeared before the 1960s, a new crop found work building limited production bodywork for manufacturers who wanted their best cars to be taken to the next level. One of the unsung legends of this era was the BLRA-3 Prince Skyline Sport. 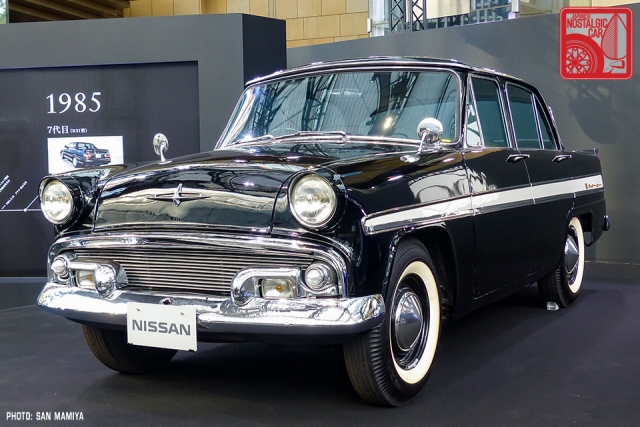 By the late 1950s, Prince Motor was establishing themselves as the premier premium Japanese brand. While companies like Mazda and Subaru concentrated on creating kei class people’s cars, Prince’s focus was a full-sized sedan, the Skyline. During that era in Japan, owning such a car was extremely expensive, and often those sales went to imported cars due to Prince being the only domestic marque. Prince wanted to not just be considered a premium brand by Japanese standards, they wanted to be premium by world standards. 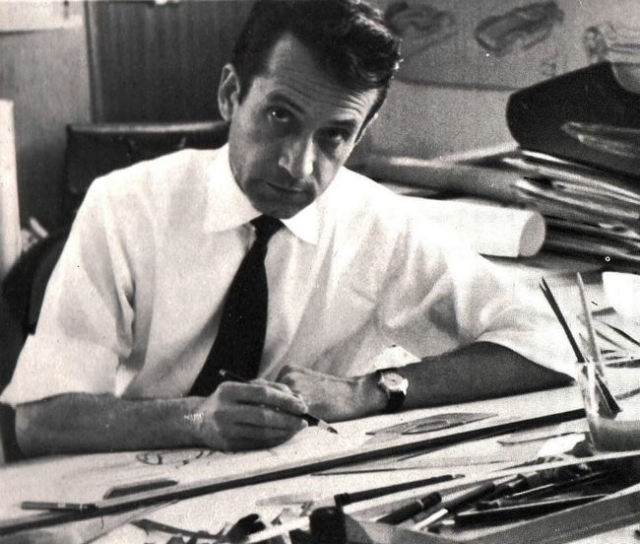 Meanwhile, outside the land of the rising sun, limited-production coachwork was all the rage for manufacturers and Prince wanted in. The plan was to take their premier model, the Skyline, and make a sports coupe out of it called the Skyline Sport. Giovanni Michelotti, known best for his work with Vignale at that time, was tasked with penning the lines of the new two-door Skyline. This would be a very bold move for a Japanese manufacturer to take. 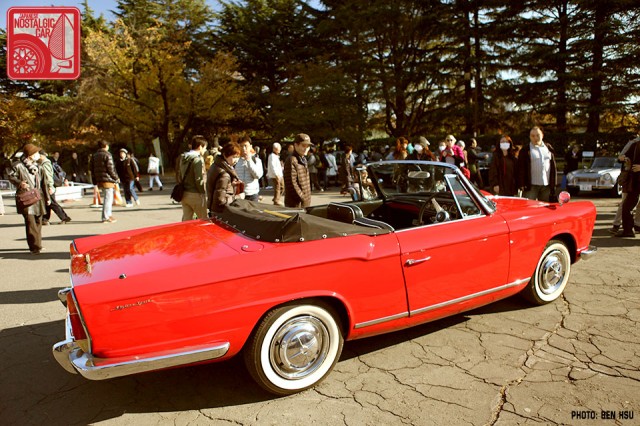 In the late 1950s, most Japanese car designs were considered bland at best. So, having a Michelotti original design coming from Japan was unexpected to say the least. Michelotti was a world-renowned designer. He’d been hired by Triumph to pen their entire lineup, was responsible for many iconic Ferraris, and even established the design language of BMW’s revolutionary “Neue Klasse” cars. With the Skyline Sport, it would be the first time a Japanese marque had a design taken seriously by the rest of the world. Debuting in 1960 at the Turin Motor Show, this was a watershed moment for Japanese cars. It was a Japanese car designed for style and not practicality, the first halo car if you will. 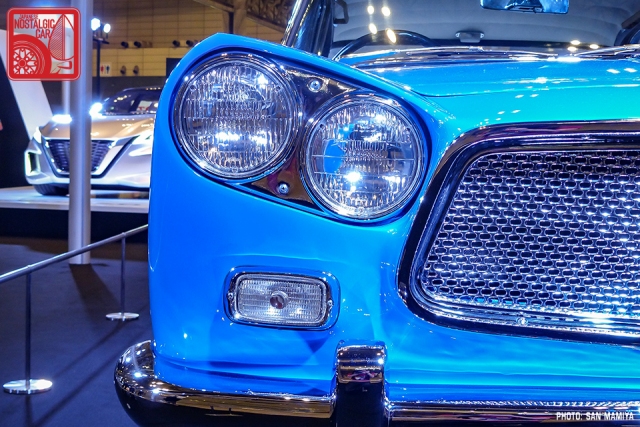 The design was second to none with features not seen on previous Japanese cars, from the opulent grille to the dramatic rear fins. The most striking design element, though, were the canted headlights. The style itself came from the American “kustom” car style of the era, popularized by hot rod builder George Barris. In the late 1950s we saw American brands like Chrysler, Lincoln, and Buick utilize canted headlights, but often the look came off as awkward and forced. The Skyline incorporated the look in a much more organic way. 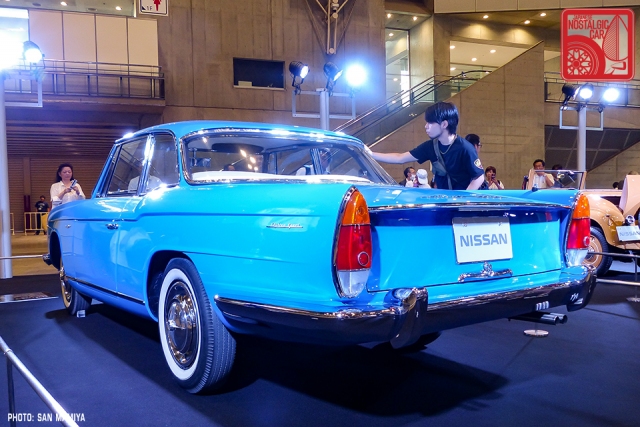 While the headlights were a Skyline Sport-only design cue, there was another trait much more significant to the Skyline. Moving towards the rear, you will see the body line of the wheel arch extends straight to the tail light. This was the first Skyline to be graced with a fully actualized surf line. This signature trait had been evolving into the car from the 1959 ALSI-2 Skyline, but this was the first instance where the lip of the wheel arch separated entirely from the wheel well itself, a design cue that would be seen on the most iconic Skylines of all time. 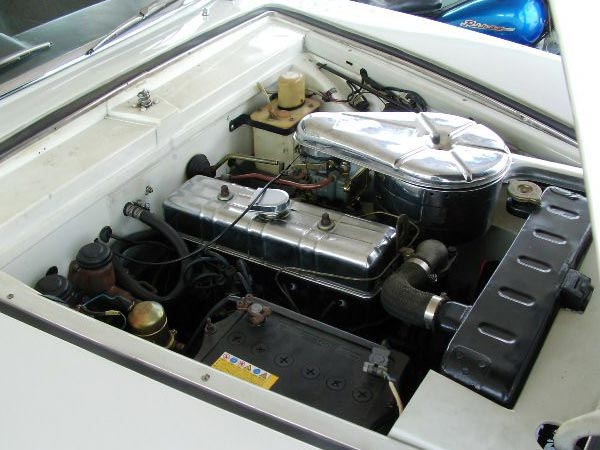 The most groundbreaking element of the BLRA-3 Skyline Sport was its bodywork, but mechanically it was no slouch, either. Despite a relatively hefty 2,980-pound curb weight, its guts were largely from an S21 Skyline, sending 94 horsepower from a GB-4 1.9-liter inline-four through a 4-speed manual transmission out to the rear end. The car was said to be capable of a 93 mph. That may seem slow today but remember, the fastest car in the world at the time was the 158 mph Ferrari 250 GTO, and the top speed in Japan at the time was 45 mph. 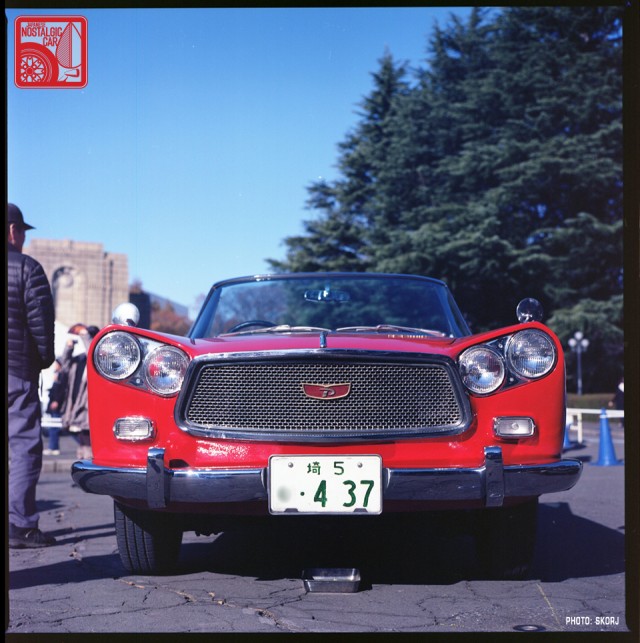 The suspension consisted of MacPherson struts up front and a de Dion tube axle in the rear. While not a truly independent rear suspension, the de Dion tube is the final evolution of a beam axle before you get to proper IRS. The de Dion tube system doesn’t draw headlines like IRS does, but with cars such as Auto Union Type D, a litany of Alfa Romeos, and the Mazda Cosmo utilizing this technology, it is well proven in competition. 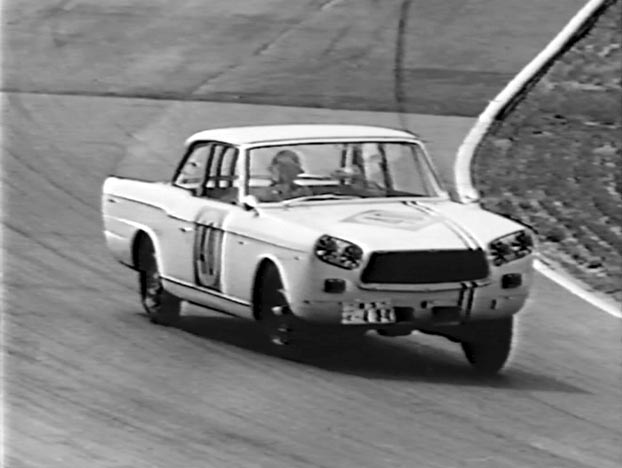 Speaking of competition, the Skyline Sports immediately saw use in motosports. Though not as prolific as the Skyline GT-Bs and GT-Rs that would come later, the first year of production saw it entered into two races as a factory works racer. The first was the 4th annual Japan Alpine Rally, where it finished 7th. More importantly, it was entered into the 1962 Liège-Sofia-Liège Rally. Though it didn’t finish, it marked the first time a Japanese factory works team had entered a car into competition on European soil. Of the 100 cars entered in 1962, only 18 finished, so while it would have been astonishing to cross the finish line, the fact that it outlasted other European brands was worthy of note and a precursor of things to come. Prince would continue to campaign the Skyline Sport the following year, including at the 1963 Nippon Grand Prix at Suzuka Circuit where the photo above was shot.

Prince didn’t solely leave the car to sell on its competition record. The company spent massive efforts to get their cars into movies by Toho Studios, the most prolific film company in Japan. While the entire lineup of Prince can be found in Toho films, the Skyline Sports appeared in movies such as Atragon and Dogora, often driven by the protagonist. This got the car into the public eye, but how many were sold? 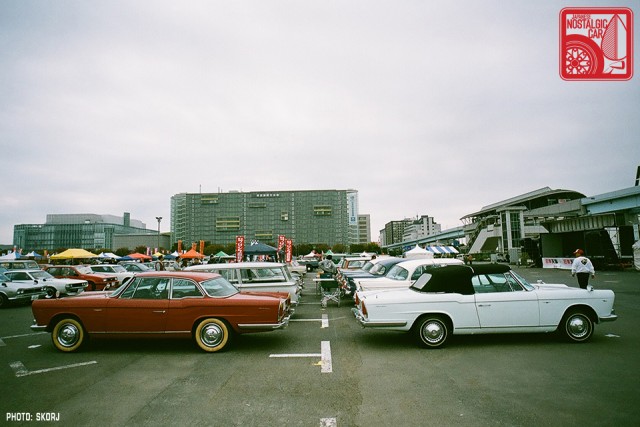 Including the hardtop and convertible, every color and every trim level, Prince moved a grand total of… about 60. That sounds like peanuts, and that’s true compared to a Nissan Bluebird or the US-imported Toyopet Crown. But, the Skyline Sport was a specialty car. It was Prince’s halo car, and as such cost $17,500 ($147,000 in 2018 USD) or about as much as four new Nissan Bluebirds at the time. In terms of positioning, it’d be more accurate to compare it to an Acura NSX or Lexus LFA. 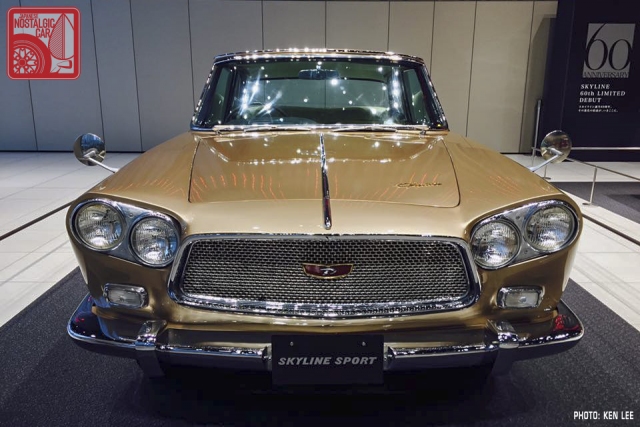 The car was built to make a statement about the Japanese automotive ecosystem as a whole. It’s an impressive car by any standard, but if you look at it through an early 1960s Japanese lens, it is groundbreaking. It’s surprising that there isn’t more conversation about this amazing automobile. It’s one of the few Japanese cars that has been shown at the Concorso D’Eleganza but it certainly deserves more plaudits given the significance of the car. It’s probably only a matter of time until blue-chip hunting millionaire car collectors discover this gem and it gets the hype it deserves.